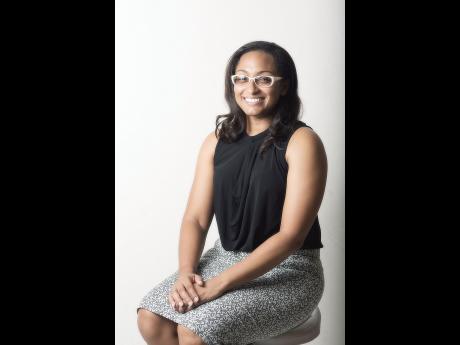 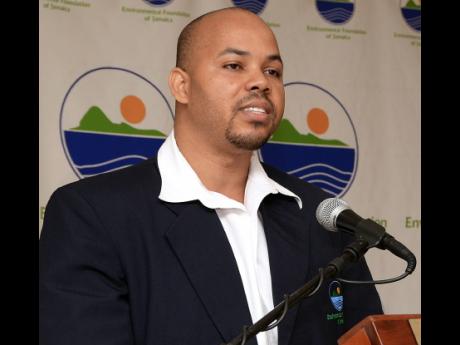 The appointments cement the turning of a new leaf on the operations of the EFJ, which has been merged with the Jamaica Protected Areas Trust/Forest Conservation Fund (JPAT/FCF).

The appointment of the duo follows a number of new board member appointments for the entity last year. The board is led by Professor Dale Webber - Pro Vice Chancellor for Graduate Studies at the University of the West Indies (UWI), who has a stellar reputation in the field of coastal ecology and environmental management.

"It is a wonderful opportunity," Lewis told The Gleaner. "It is something that when I started I didn't necessarily envision myself doing.

"But having been in the office, working in the environmental field for the last nine years, it has been a rewarding experience. It has given me a new focus. I am very happy and looking forward to the challenge," he added.

The holder of a bachelor's degree in accounting and economics and a master's in accounting, Lewis a certified chartered and public accountant joined the EFJ team as finance manager, following on his service as manager of the Office of the Guild of Students at the UWI.

McFarlane is herself eager for what the next chapter of the EFJ will bring.

"Historically, we have always been involved in grant-making and have already started to role that out again both with the pool of funds we have in hand and working with the Ministry (of Economic Growth and Job Creation) in terms of the Special Climate Change Adaptation Fund," remarked the former executive director of the JPAT/FCF, where she started in 2009.

The EFJ recently put out two calls for proposals from among civil society and has, since inception, approved close to 1,200 projects valued at more than J$2,162.72 million.

"We will continue to work to ensure that there are additional funds available for our grantees and members to continue to develop and implement their programmes. We plan to make it bigger and better," said McFarlane, the holder of a bachelor's degree in zoology and a master's in coastal zone management and marine biology.

The EFJ has its genesis in two debt swaps between the governments of Jamaica and the United States, valued at just over US$21 million, and with a focus on conservation and child development locally.

"The last of the two ended in 2012. Thereafter, there was no funding source and it was thought that the EFJ would operate as a sinking fund and it would have been wound up after the last pool of funds in 2012," explained Lewis.

"However, the board took a decision that based on the good work we have been doing, we should look at extending the life of the organisation, and so several options were pursued," he added.

One of those options was the amalgamation of the EFJ with JPAT/FCF, which itself was born of a debt swap this one involving not only the governments of Jamaica and the US, but also The Nature Conservancy.

"The debt swap for the FCF was being administered by the JPAT. That will run until 2024 and so there is a guaranteed pool of funding that will come in for at least the next seven years," Lewis said.

"But being proactive now, we are going after other sources of funds. When the 2024 pool of funds would have come to end, the organisation will need to have something in place to take over," he added.

In addition to fundraising and a new set of programmatic activities, the EFJ is also looking to ramp up its public relations, with social-media activist and independent blogger Emma Lewis herself a member of the new board heading up their new public relations committee.