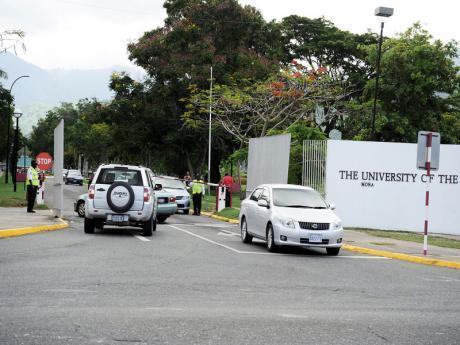 One of the entrances to the Mona Campus of the University of the West Indies in Kingston.

It is being hoped that representatives of the Mona Campus of the University of the West Indies (UWI) will today make its long-promised appearance before Parliament’s Public Administration and Appropriations Committee (PAAC).

The PAAC has been trying since last October to get officials to come before it to account for how it spends money from Jamaican taxpayers.

Appearances were scheduled a few times last year but were postponed.

The PAAC wants to question the UWI about its use of funds received from the National Budget.

Jamaican taxpayers are providing $8.3 billion to the UWI this financial year.

It noted that the UWI is governed by a 1962 Royal Charter which makes the institution only legally answerable to the British monarchy, identified as the visitor, or its representatives.

The UWI received public criticism for its stance.

It subsequently apologised and agreed to appear before the PAAC.