'We can't afford it' - Security guards say despite low cost, health insurance is out of their reach 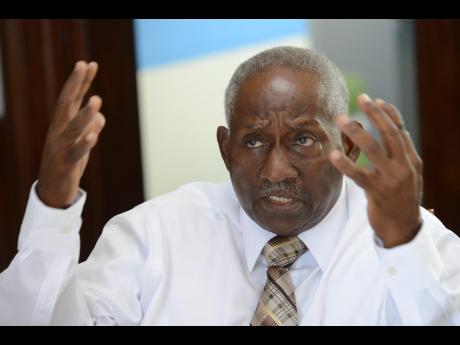 Being asked to pay less than $1,500 each month for health insurance might seem like a sweet deal, but for security guard John Frazier*, who takes home at maximum $28,000 each month, medical insurance is a luxury he and many others in his profession cannot afford.

According to Frazier, this might be the real reason only 122 of the country's 23,000 private security guards have started making any form of payment towards a recently announced self-contributory health insurance scheme provided by Guardian Life.

The health insurance was announced by Minister of National Security Robert Montague last November, and allows security guards to access an individual health plan for $997 per month and a family plan for $1,473 per month.

UNABLE TO AFFORD IT

Despite being in the profession for more than 28 years, during which time he has moved up the ranks to become an armed guard, Frazier said he cannot afford any of these plans.

"I am paying loans, so I am not carrying home anything much, so I can't afford to take on any additional thing that would put a strain on my income," said the father of two when asked why he has not yet signed up for the insurance scheme.

One of the loans was taken in order to help finance his children's education. His first daughter has just completed her university studies and is now in the medical field and the younger one is currently wrapping up her studies at the Norman Manley Law School.

Frazier said the money he takes home, after all the deductions, is barely sufficient to finance his rent, utilities, grocery, and transportation costs. "It is a big, big struggle."

Like many security guards, Frazier fully endorses the health insurance scheme. He argued that security guards are sometimes exposed to harsh working conditions and hazards which put them at risk for health problems, but for now, he will make do with what is available to him at no extra cost.

"What I do is that whenever time I need to go to the doctor, I try to access the free health service at the clinic," said Frazier.

The issue of their inability to afford the self-contributory health insurance scheme is one of several issues the security guards have mandated the trade unions representing them to address.

President of the Union Clerical, Administrative and Supervisory Employees, Vincent Morrison, noted that while local companies usually contribute about 80 per cent of the cost for health insurance for their workers who are asked to pay the remaining 20 per cent, the security guards are being asked to fund the full cost of their health insurance.

"As important as the health scheme is, to have it added as a total cost to the worker is unfair. No other groups of worker pay totally for their health scheme in Jamaica," argued Morrison.

He pointed out that security guards are minimum wage earners whose salaries are vulnerable to questionable deductions.

According to Morrison, some security guards complain, for example, that they have paid more than $200,000 for uniforms which they have to return to employers at the end of their employment. There are also reports of deductions being made for infractions such as being late for work.

"Everything bar none comes at a cost to the workers," said Morrison.