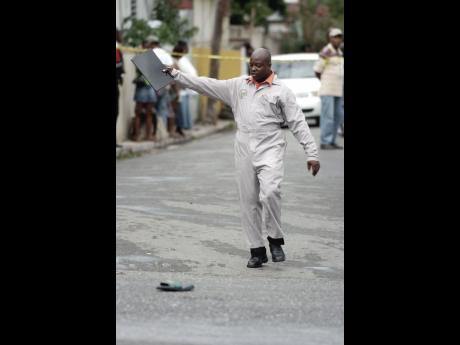 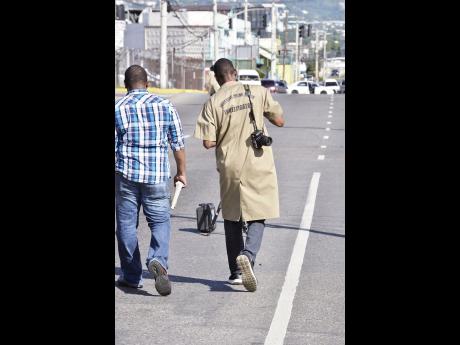 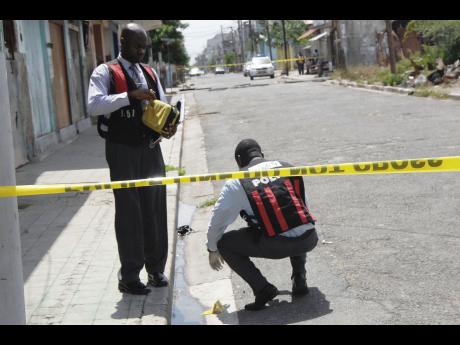 I have studied gangs in Jamaica, Belize, El Salvador, Guatemala, Trinidad, St Kitts, Antigua, St Lucia, England and Wales, and the United States of America. Using participant observation, in-depth interviews, and PEER (Participatory Ethnographic Evaluation Research); I have traced the lives of thousands of gang members – chances are I have an idea of why boys join.

People often suggest that boys are recruited into gangs comparable to a draft system. I have not found this to be accurate. In fact, while some boys are indeed forced into gangs, most are lured, even pushed by family and society. Some boys even beg to get into gangs – and few are even denied entry.

I have seen many boys denied gang membership on the basis of being ‘too good’ for the gang. The most memorable incident occurred in Spanish Town. I went to see a don and saw his men beating a boy of about age 15. I needed to know why, but also knew the protocol. I looked at the don and waited for an explanation. He shook his head, sighed, then explained: “This boy is the brightest thing in this community. I have been keeping him in school from his father dead for I want him to become a lawyer, you know, bail us out here every now and then. They killed his mother last week – hit and run out there on the highway – and him telling me him have nothing to live for now, so him not going back to school; him is now a shotta. I find him with a gun. We beat the owner of the gun and we beating him now. Doc, come talk to him.”


I wish to distinguish between gangs and corner crews here. Inner-city boys join crews as a rite of passage, and because they need food and protection. I shall, therefore, define a corner crew as a protective brotherhood. Corner crews are not formed for the purpose of committing violent crimes, or fighting another such group. In various public lectures, I have defined youth gangs as I have experienced them in the field: three or more young persons (15-34 years old) operating together with criminal intent, within a hierarchical structure,with some degree of permanence (three months minimum), that compete violently with similar groups.

Many gangs recruit from crews. Some crews even transform into gangs.

Nonetheless, gangs are another ‘level’ to crews, and it is rather sad when I see crews get labelled and treated as gangs. I have distinguished the two because the decision to join a violent gang (in which the exit is most likely death) is very different from joining a crew, which is a normal social expectation within an inner city. Simply put, it is reckless and almost suicidal to join a gang – so why do boys it?

Boys often choose to join gangs from as early as age six. Note that this is the earliest age of development (school age) where a boy is not ultra-dependent on his mother for nurture. This means that these boys actually decide to join a gang within the very first year of seeking independence of direct motherly nurture – the period that boys begin to find self.

The final point I want to make before listing and discussing the seven reasons is the fact that gangs cannot exist if they do not have a certain pool from which to recruit. It is, therefore, critical to understand why boys join them.  There are seven main reasons boys join gangs; and these are often overlapping rather than distinct.


BOYS IN GANGS HAVE NO MOTHER OR FATHER, OR BAD RELATIONSHIPS WITH BOTH:


1 Broken family: Between 2004 and 2014, as part of a large study on multiple murderers, I managed to convince 17 dons or gang leaders with power over 28 inner-city communities in Jamaica to allow me to profile the young men under their influence. The 28 communities were broken down into 86 districts or corners. In each district, three to five young men would sit with me and profile each young male between the ages of 15 and 34 years. Over that period, I profiled seven critical characteristics on 2,316 young men, including material on their caregivers and gang status. What did I learn about the boys who had joined a gang?

a. Over 40 per cent were from homes where there was constant conflict, especially between caregivers.

b. Over 60 per cent either had no father in his household or had severe problems with his father/father figure.

c. Over 75 per cent either had a missing mother, a bad relationship with his mother, or one who was involved in prostitution or lifestyle that breaks the boy’s sense of attachment (Boys are fractured by mothers having multiple partners).

In summary, in this dataset (as well as in datasets from Belize and Trinidad), very few boys who have a nurturing home have been found to join a gang. It is easy to find boys from very nurturing homes in inner-city crews, hanging out on the corner to prove masculinity – but not join gangs.


THERE'S 'NOTHING TO LIVE FOR'


2 Revenge: A third of all gang members can be expected to give a story about ‘having nothing to live for anymore’ because someone or a group killed his mother, father, sister or brother. The second most forceful revenge push is the rape of his mother or sister. The third is arson, if a group or someone burnt his house, especially with his family in it – and it does not matter if all lives were spared. In the St Catherine Adolescent Study (2004), we discovered that boys enter gangs not only to take revenge for these reasons, but also to prevent them from happening. In that study, only boys expressed these things among their greatest fears.


3 Economics: Almost all small gangs are aligned to larger ones which are connected into massive confederations that help each other. Membership in even one petty gang can provide the contacts to allow a youth to join or receive illegal jobs or money from larger gangs that have resources from the international drug economy. Gang life pays. In a country of economic uncertainty – and especially high levels of prejudice against males from the inner city – gangs become an attractive alternative. In recent studies, young men with first degrees listed scamming and gang executive positions as occupation. This is of grave concern.


TWICE LIKELY TO BE KILLED IN INNER CITY


4 Ultra protection: Some inner cities are so violent and isolated that youth need to be associated with a more protective group than a corner crew. For the Kingston Metropolitan Region (KMR), the 2005 homicide rate was 340/100,000 – and moved to 405 when police killings are added. Most garrisons have homicide rates exceeding 450 per 100,000 for males of the combatant age (14-34 years). This means that he is twice more likely to be killed in his community than in Iraq at full-scale war. Policing of garrisons is primarily attacks rather than community policing, so young men have to protect themselves from rival political or drug gangs, as well as from the police. Joining a gang in communities of extreme violence is more rational than we often perceive.


5 Low conviction rate: In the most isolated garrisons of the inner city, conviction rate can be as low as 1 of 10. This means there is little discouragement from gang activity and murder. Body bags are more popular than conviction in inner cities – and many young men who have ‘nothing to live for anymore’ are not afraid of body bags. “Live like a 100-watt bulb – bright every day, then you just blow!” We have to provide young men with a reason to live in order for them to be afraid of death. Conviction rates must go up, too, in order for this to become a deterrent factor.


6 Turf-identity crisis: Whether or not a youth is a gang member, he is identified by the community or turf in which he resides, and can be killed for this reason. There is, therefore, logic to being active – rather than being a victim for simply being associated with an area. Only youth with strong support systems (parents, Church, and school) remain outside gangs and crews when their turf is gang active, and suffer from constant attacks.


7 Gangsters have more girls than nerds! Petty violence is fashionable and attractive to many women. In a number of studies, women have expressed attraction for ‘bad men’, and many see guns and aggression as symbols of protection and income.

ABOUT THE AUTHOR: Herbert Samuel Gayle (PhD, London; MSc, BA, UWI) is a social anthropologist who specialises in social violence (gangs, murder-suicide, repeat-killers, and domestic violence). His career centres on research and lecturing at the University of the West Indies, Mona campus (Jamaica). He has over two decades of experience living with and studying youth gangs and transnational criminal organisations in the Caribbean, Central America, USA, and Europe and has influenced policies in three Caribbean states to reduce social violence. He has been interviewed by over 20 international media houses, including the BBC and the Associated Press. Dr Gayle is also a methods expert, trained at the advanced level in all four approaches: qualitative, quantitative, integrated, and participatory and action research. As a violence expert and youth advocate, Dr Gayle has done public lectures, motivational presentations, workshops, and seminars in over 30 countries. He has done over 60 major studies and has published a number of books, chapters, and articles.