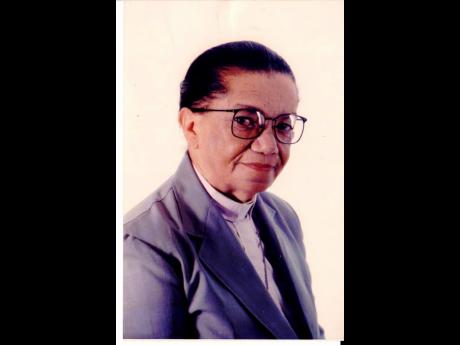 The Reverend Dr Adlyn White, the first woman to be ordained to the ministry of word and sacrament in the United Church in Jamaica and Cayman Islands (UCJCI), has passed after 32 years of service to the church. She was 87 years old.

White's work within the church began in 1959 when she became a deaconess in the Presbyterian Church in Jamaica. She was ordained on June 21, 1973.

Following her ordination, she continued teaching and working with women in the church as director of women's work as she felt this was her specific call.

A career teacher before entering pastoral ministry, she first taught English, Latin, and religious education at the Morris Knibb Preparatory School and subsequently taught at the New York Public School.

White also lectured at Temple University in New York, and later, at Church Teachers' College in Mandeville, Jamaica, where she served as principal lecturer, vice-principal, and acting principal.

While in New York, White held the position of director of Christian education at the Westminster Presbyterian Church.

The Ministry of Education in Jamaica also benefited from her skills in the administration and supervision of education officers and principals. So, too, did the University Council of Jamaica, where she served on its accreditation team. She also chaired the Knox College board.

White served the United Church as moderator of synod for the period 1991-1993 and as president of the Institute for Theological and Leadership Development, which has expanded to become the International University of the Caribbean.

Described and honoured as a "woman of distinction" at the end of celebrations marking the 'Decade of Women', White has also been hailed by the people of Manchester for her dedicated service.

She served the parish as a justice of the peace and chaplain for the parish council.