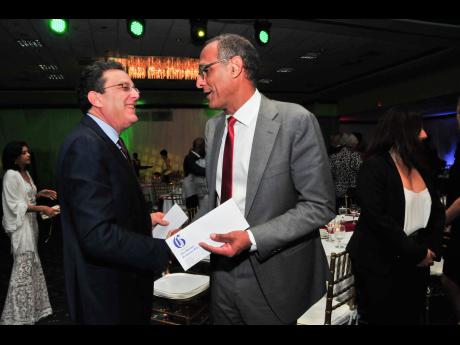 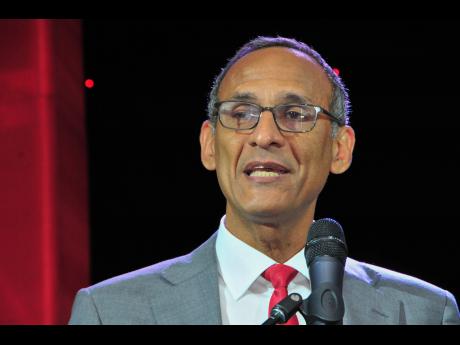 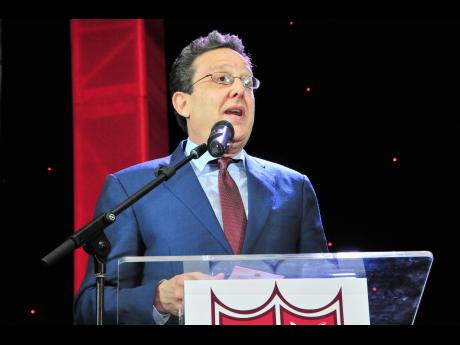 Businessman Joseph 'Little Joe' Matalon and economist Dr Damien King, the latest inductees into the prestigious Campion College Hall of Fame, share more than just school ties. Both are committed to Jamaica and confident that this little island can achieve greatness.

He came last in his first term at Campion College despite being placed in 1A, the form usually reserved for the 'brightest' students, and to this day he feels the school's office was wrong.

Five years later, Damien's fortunes were reversed and he graduated from fifth form with the highest grades in the school - so much for coming last in first term of first form.

Now, more than 40 years later, Dr Damien King, economist, former head of the Department of Economics at the University of the West Indies Mona campus, and co-executive director of the Caribbean Policy Research Institute, is a well-respected alumnus of the school.

King was a rounded student who excelled academically and in sports. He played cricket throughout his Campion years and it was in sixth form that he really fell in love with economics.

Dr King now teaches macroeconomic theory and international trade and finance on the Mona campus of the University of the West Indies.

He considers teaching to be one of the pre-eminent joys of his life, and enjoys himself most when writing lecture notes and crafting the syllabus for each incoming crop of students.

His class, Introduction to Economics, is one of the most popular classes on the campus.

Dr King's school life was not without incident, and the story goes that one of his teachers was famous for a particular model of discipline - the surprise open-handed slap.

Damien recalls that on one occasion this particular model was employed against him with such efficacy that he was sent reeling from his desk and chair and on to the floor.

He rose from the floor to soar on the wings of excellence.

The university lecturer is steadfast in his faith that every person can succeed, and must do so for Jamaica's betterment.

Dr King attributes a lot of his success to the education he received, and being born and raised in a small country. Despite his many experiences overseas, the idea of living anywhere other than Jamaica never crossed his mind.

Joseph Mayer Matalon could have been a student of Kingston College because of the government scholarship he received in 1970.

Instead, his educational journey took him to Campion College where he was granted a space based on a performance test.

Now almost 47 years later, the distinguished Jamaican businessman has been inducted into the school's Hall of Fame.

For Matalon, it has been a journey where he never asked what Jamaica could do for him, instead it is always how he could give back.

Affectionately called 'Little Joe', he comes from a distinguished family of businessmen, public servants, philanthropists, policymakers and legislators who have displayed a commitment to service.

"Everything, as far I am concerned, the family (Matalon) is today has been served to us by Jamaica, therefore, we have a duty also to serve ..." said Matalon.

"It will not stop with me. Certainly, my children know that I expect them to serve. Jamaica has done a lot for us ...," added Matalon, as he recalled how his grandfather came to Jamaica penniless and rose from the depths of poverty.

"My grandfather came here without a dollar at the turn of the 20th century. My uncle Aaron had to leave Jamaica College because they couldn't pay the school fee. My father finished only because he was on scholarship," he recalled.

Little Joe left Campion in 1975, a year before the 1976-1979 period of political upheaval in Jamaica, and "even as a teenager, I had a sense that there were things, particularly socially, in the Jamaican environment that needed to change, and that a part of the movement at that time was towards social transformation".

That is why for the last 10 years he has been serving as chairman of the board of Hillel High School. He wants to do for children what his father said, and did for him - to help them attain that which cannot be taken from them - education.

The chairman of Youth Upliftment Through Employment (YUTE) - a programme formed following the security incursion in West Kingston in 2010 - Matalon said more than 60 per cent of the 2,000 participants so far in the programme have had to undergo remedial literacy and numeracy intervention.

"These are unattached youths, at-risk youths. But they spent seven, eight or nine years in schools. And you have to ask yourself, what was happening in schools in those years that you could have allowed an individual to leave the institution - not necessarily be able to do calculus or be critical in literature - but unable to do little more than add and subtract.

"To me, that is one of our greatest failures as a country," said Matalon.