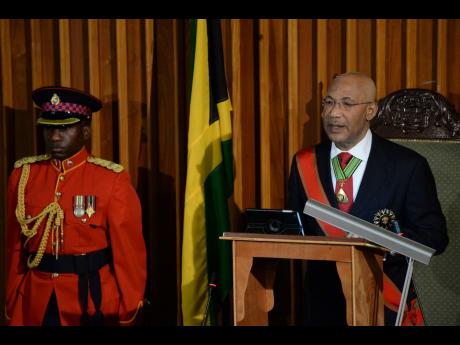 Another attempt will be made in the new parliamentary year to introduce legislation aimed at licensing the more than 25,000 public sector teachers, a process which for sometime has been met with strong resistance from the Jamaica Teachers' Association (JTA).

Education Minister Ruel Reid was pushing for the tabling and passage of the proposed law in the 2016/2017 parliamentary year. The Education (Jamaica Teaching Council) Bill, was first drafted in 2013 but had to undergo adjustments owing to concerns raised by the JTA.

Reid had pledged to make changes to the draft bill which would address the concern that the education ministry was both the registration and regulatory body while at the same time being an employer.

Governor General Sir Patrick Allen announced today that the Government will, this year, establish a teacher registration and licensing system and professional standards for teachers.

The head of state told parliamentarians that the Government will also enhance the regulation and coordination in the tertiary sector by establishing a national oversight body for tertiary education to be known as the Jamaica Tertiary Education Commission or J-TEC. This will also be contained in the Education bill.

Meanwhile, Sir Patrick also announced that amendments will also be made to the HEART Trust Act and the National Youth Service Act to facilitate the merger of the two entities.