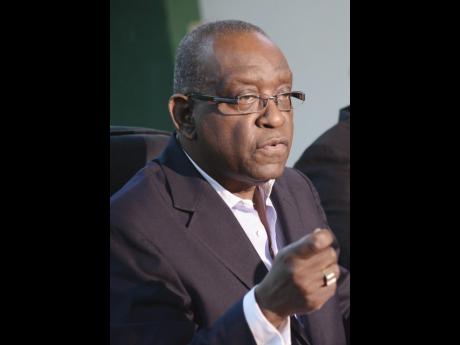 Amid growing concerns among members of the Parliamentary Opposition, Derrick Smith, the minister without portfolio in the Office of the Prime Minister, has declared that the Government is not opposed to having a fixed timeline for by-elections when there is a vacancy in Parliament.

The Opposition People's National Party (PNP), through two of its senior members - general secretary Julian Robinson and presidential hopeful Peter Phillips - have argued that the Representation of the People's Act (ROPA) is silent on how soon after a Member of Parliament (MP) has resigned that a by-election should be held.

The PNP wants amendments to be made to ROPA, thereby having by-elections dates stipulated instead of being called at the sole discretion of the prime minister.

"The Government is always willing to have discussions with the Opposition on any matter, including this issue and any other of national importance," Smith said, noting that ROPA is among several pieces of legislation currently under consideration by the Government.

According to a Gleaner source, 'uncertainty' is weighing on the minds of the officer core of the PNP and is preventing the likes of South St Andrew Member of Parliament Omar Davies and Derrick Kellier, the MP from Southern St James, from resigning.

The source stated that there is fear that the Andrew Holness administration will not move expeditiously to fill any vacancy on the Opposition benches because it could weaken the effectiveness of the Opposition.

But Smith said having by-elections as a result of vacant parliamentary seats is not new.

"We have had many, many of these situations in the past. I don't ever recall that it has presented a major dilemma," said Smith, who is also the minister in charge of parliamentary affairs.

Jamaica had its last by-election in December 2014, nine months after the sudden death of Central Westmoreland MP, Roger Clarke.