Errol Scott - How I found God 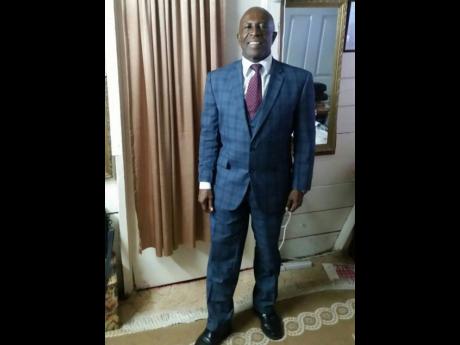 Scott, who now pastors the Port Morant Wesleyan Holiness Church in St Thomas, recalled his teenage years when he considered himself a Rastafarian.

According to Scott: "After I left high school, I started smoking marijuana through the influence of my best friend. I became highly influenced by the Rastafarian doctrine and began gravitating towards the faith in the late '70s."

Scott said that his faith got so intense that he began to abstain from many things, including milk, meat, and even shoes. He said that he began wearing 'crocus bags' until people in his community thought he was going mad.

The transition, he said, began one night when he went to a dance and overdosed on marijuana.

"I told the Lord that if he helped me not to walk out of my mind I'd change my life. When I went home the following morning, I started looking into my life and I actually cut my hair. I started eating from my mother again - fish and other things," he shared.

start of something new

The same year, 1980, Scott decided to enrol in a vocational school in his community, where he met his now wife of 33 years.

"She kept inviting me to church, but I'd always have a story to tell her as to why I couldn't come until one day, she took away my berets," he said.

At the time, the now transformed man of God would never be seen without his hat, so that Friday night in May over 35 years ago, Scott made his way to church to retrieve his belongings. That night, he said that the best thing that could ever happen, happened

According to him: "Jesus met me. The preacher was preaching about Jonah, and though I pretended not to listen, I found myself putting myself in the place of Jonah, running away from purpose, running away from God. As I listened, I began to cry, and being a Rasta, I said, 'A wah dis, Jah?' But the more I wiped my face, the more active the tear glands became."

He continued: "The preacher made an altar appeal, and again, I said to myself,: 'If dah Babylon boy deh think mi a come up there, Him make a sad mistake'. As soon as I said that, it was like somebody held me in the back of my pants and sailed me to the altar."

And though he was of the belief that 'man don't cry', Scott told Family and Religion that he began bawling.

With a renewed mind, Scott said that he gave his life to Christ and was called to the ministry four years later.