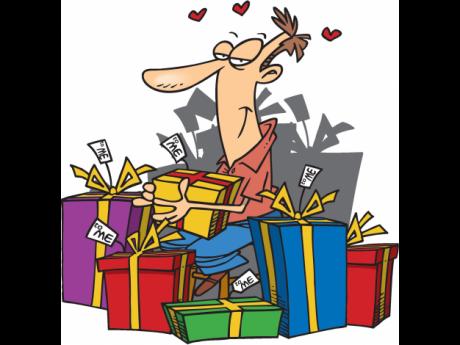 When you were a child you were treated kind

But you were never brought up right.

You were always spoiled with a thousand toys but still you cried all night.

Your mother who neglected you owes a million dollars tax.

And your father's still perfecting ways of making sealing wax.

A number of parents at one point or another struggle with the guilt of having to deny their children something they so 'desperately' want.

Many too fall into the trap of making up for what they missed out on in their own childhood, by giving lavishly to their children.

For others, their overindulgence is powered by their continued absence owing to work or being overseas.

However, parents must be careful they are not overindulging their children through guilt or other emotions as in later years, it can have negative effects on them.

Family and Religion reached out to AndrÈ Miller, interim CEO of National Parenting Support Commission (NPSC) on the issue and he shared that overindulging parents usually develop a permissive or lenient style of parenting.

"Children of permissive parents are generally happy, however, they sometimes demonstrate low levels of self-control and self-reliance because structure is often lacking within the home," he said.

"Outside of the need for parents to provide love, shelter, clothing, medical care, a balanced diet and a proper nutrition, then everything else that a child requires is a want. If as a parent you are consistently providing your children with expensive gifts, absolving them from doing chores, failing to outline clear rules and regulations, then you may be overindulging," Miller said.

For parents who consider this kind of indulgence harmless, Miller points out that those overindulging parents may at some point realise that their children are faced with several challenges.

"They are more likely to not appreciate simple and inexpensive gestures and an increased reliance on instant gratification, may become reliant on others to complete tasks for them, their mood and self-worth are measured by most of their acquaintances liking them and if someone disagrees with them, then it is an indication that the person doesn't like them," he said.

Among the other challenges, according to Miller, are being likely to develop a mindset that suggests it is difficult to be happy and successful unless one is physically attractive, wealthy or creative; below average self-worth and the child is more likely to perceive setbacks and delays as failure.

According to psychologist Robert Baron among the risk factors of overindulgence is Attention-Deficit/Hyperactivity Disorder (ADHD).

The solution to this dilemma said Miller is for parents to teach their children the difference between want and a need.

By doing this, he said children will become more appreciative of the sacrifices made by their parents.

He also points out that children should be assisted in developing critical life's skills by creating opportunities for them within the home.

"By assigning various duties to your children and holding them accountable, you are assisting them to develop positive qualities such as being dependable and reliable, which in turn will assist them to feel valuable. They should also be encouraged to serve each other within the family - assisting a younger sibling to complete their homework," shared Miller.

For him, although the tasks may be viewed as insignificant, parents are preparing their children to take care of themselves and to be of service to society.

Pointing out that overindulgence often prevent children from cultivating the virtue of patience, he said parents should instead create opportunities in order to educate their children that real life problems may not be easily solved, however, persistence, sacrifice and dedication may be needed to find solutions.

A key role in downplaying the 'pressure' from children in being bombarded for things from them according to Miller, is filtering the sources of information (advertisements) and ensure that children are given gifts in line with experiences that are appropriate for the child's age, as well as their interests.