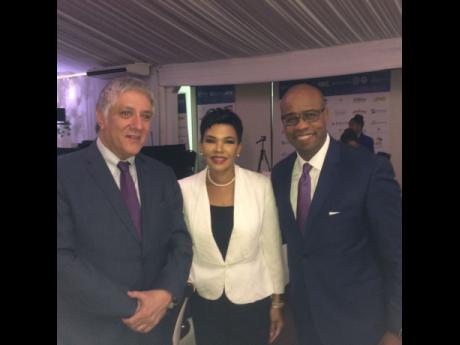 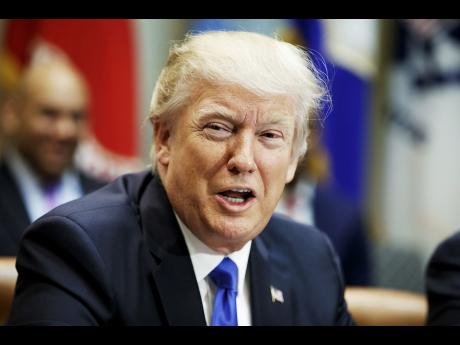 Amid the flurry of momentous events that shook the American political scene at the end of 2016, there was an event of great strategic importance to the Caribbean that creates significant new opportunities for Jamaica and the region as a whole.

The Caricom leaders were understandably elated and sought to ensure widespread communication of the passing of this act. The responses from many members of the public reflected a need for more information. We, therefore, see a need for continued dialogue on this important starting point and the way forward.

Even before President Obama's signature, it is worth noting that the bill received unanimous, bipartisan support from the US Congress, particularly at a time when the country was in the throes of the politically polarised transition period following the November election.

The passage and focus of the bill are timely as it affords us the opportunity to establish an early pact with the new Trump administration to achieve clear and concrete targets for enhanced security and prosperity for the Caribbean.

As aptly stated by Democratic congressman Eliot Engel, who co-piloted the bill, "This bill will prioritise our partnership with the subregion for many years to come. It is long past time to have a multiyear strategy that will allow us to increase engagement with the Caribbean, especially when it comes to energy and security."

Another welcoming objective noted by Engel is the intent to work with the Caribbean-American Diaspora to ensure that they can provide input to the Department of State and the US Agency for International Development (USAID) on America's relations with the Caribbean in the years ahead.

This aligns perfectly with the concerted effort by the Government of Jamaica to create a quantum leap in the diaspora links with Jamaica.

Rep Elena Ros-Lehtinen (R), one of the co-sponsors, also noted: "It is vital to work proactively and collaboratively with Caribbean nations to promote close cooperation in the areas of security, trade, illicit trafficking, and energy."

These clear bipartisan statements reflect that the US Government realises the powerful challenges being faced by the region and the need to renew and refocus the mutually beneficial political and economic relationship.

The strong bipartisan nature of the act also means there is a very high probability that it will retain its prominence within the plans of the new Trump administration.

The United States-Caribbean Strategic Engagement Act (H.R. 4939) calls for a new, long-term strategy to strengthen ties between the United States and its Caribbean neighbours.

The areas assigned top priority by the US Government under this initiative include stronger trade flows, energy, security, counteracting violence, educational exchange and closer political ties.

The focus will be on strong bilateral links with governments, with particular emphasis on enhancing the role of the private sector as the engine of economic growth.

This is a critical development component that continues to elude the region and is correctly seen as the source of an important part of the challenges to economic and social stability.

H.R. 4939 requires the secretary of state and the administrator of the USAID to submit to Congress a multiyear strategy focused on enhancing engagement with the countries of the Caribbean.

There will be a one-year period within which to report to Congress on the progress in formulating and implementing the new strategy.

This is a clarion call, and Jamaica has responded with alacrity to deploy its resources in Washington to ensure effective and timely input for the formulation of the strategic plan.

Jamaica will now also need to consider new mechanisms for the formulation of the region's joint proposal. The initiative is undeniably driven by changes in the geopolitical context and the intent of the US to protect its interests on its third border.

The US is serious about this initiative, and we have every reason to do likewise.