Mental health crisis - 108,000 visits by persons with mental illness to public facilities in 2015 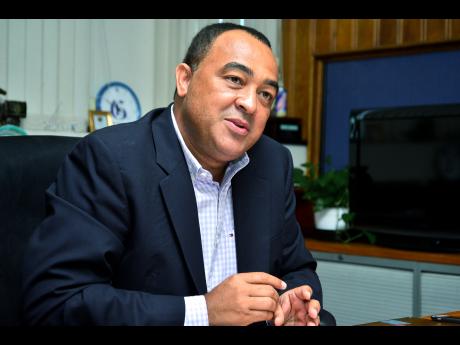 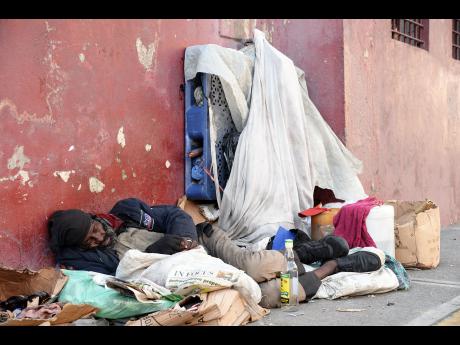 Jermaine Barnaby
This homeless man was seen taking a nap on a sidewalk along Port Royal Street in Kingston recently. 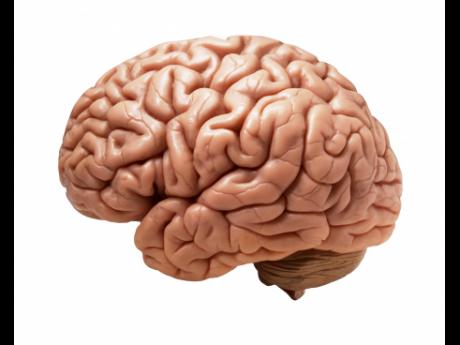 Despite a significant improvement in the treatment of persons with mental illnesses in Jamaica over the past 50 years, a task force established by Health Minister Dr Christopher Tufton has concluded that there is much more that is needed to be done to adequately address this issue.

After 12 meetings over nine months, the Mental Health and Homelessness Task Force has submitted several recommendations on how to more efficiently treat persons with mental health problems.

According to the task force, just under 108,000 visits were made to public health facilities in 2015 by Jamaicans seeking treatment for mental illness. Of this number, the vast majority (83,438) were diagnosed with schizophrenia or psychosis.

"Jamaica has become plagued by very high rates of violence, giving rise to many children and adults with post-traumatic stress disorder, personality disorders, depression and anxiety. Family unions are weak and frequently unstable with poor parenting skills," said the Dr Earl Wright-chaired 24-member task force in its report to Tufton, which has been seen by our news team

"The community mental health services are severely under-resourced and unable to cope with the many needs, including early diagnosis and treatment. Stigma and discrimination towards persons with mental illness needs to decrease and social support for families with mentally ill persons is woefully inadequate, resulting in many such persons being deserted in hospitals or becoming homeless," added the task force.

In its report, the task force noted that depression and anxiety are much more common and often go undiagnosed and untreated but contribute to increased morbidity and complications for other non-communicable diseases.

The task force emphasised that Jamaica faces serious social and economic challenges, including, but not limited to, high unemployment rate, weak family structures and inadequate access to social services such as housing, water, and supportive home care, resulting in many falling through the existing social safety net.

"Such persons include children, adults and the elderly who are abandoned in hospitals by families who find it difficult to cope," the report read. "Many other persons resort to living on the streets or in temporary shelters. This issue is associated with a growing concern in the society about the homeless and the destitute and a need for the Government to find ways to address this problem."

One of the many recommendations coming out of the report is for amendments to be made to the Mental Health Act, which is believed to be obsolete.

Though pointing out that many of the various stakeholders and the Cabinet have not yet seen the report, Tufton told The Sunday Gleaner that all the recommendations of the task force will be taken seriously.

According to Tufton, steps have already been taken to update the Mental Health Act.

"I took the submission to Cabinet which was approved, so we have started that process," Tufton told The Sunday Gleaner.

"We intend to take the report very seriously, but I would like to give the benefit of consideration to the ministry personnel and the other critical stakeholders, and of course to the Cabinet to take a look at what is there, and hopefully make some recommendations.

"We took the position to appoint the task force to consider this issue because we think the system needs overhauling. So the extent to which those recommendations are radical and different requires us to consider them because, clearly, the problem has changed and intensified over a period of time," added Tufton.

1. Develop a cadre of community health aides trained to make regular visits to the homes of vulnerable children to teach mothers, fathers and other family members how to interact with their children in a loving and caring manner and to improve their parenting skills.

3. Further integrate the Mental Health Services within primary health care so that more medical practitioners and other health providers can better identify and manage persons with mental illness.

4. Develop a new Mental Health Law that provides an appropriate legislative framework for the development of the community mental health services in place of the current law, which is based on a custodial approach to mental illness.

5. Improve the cadre of psychiatric nursing aides and community health aides trained to intervene and mediate in conflict in order to break the cycle of violence due to retaliation and vengeance.

6. Establish more safe green areas such as Emancipation Park and Hope Gardens, where persons of all ages can socialise and recreate as well as walk, jog, exercise and play sports and games. These areas are essential for mental and physical health and well-being.