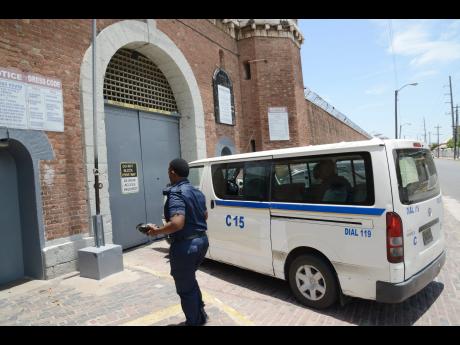 Rudolph Brown
A warder entering the Tower Street Adult Correctional Facility, which houses the majority of the inmates who are unfit to plead. 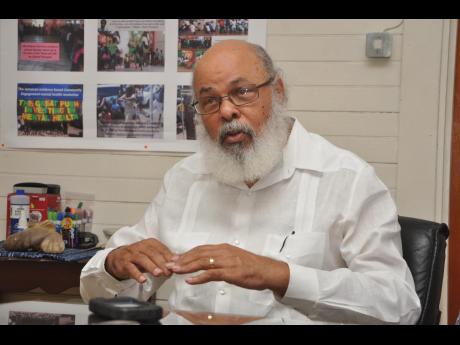 Jermaine Barnaby
Professor Fred Hickling had long proposed a scheme which would divert persons with mental illness from the prison system.
1
2

Persons held in Jamaica's prisons who have been deemed 'unfit to plead' could be moved into a more fitting environment if the Government accepts the recommendations of the Mental Health and Homelessness Task Force, established by Minister of Health Dr Christopher Tufton.

Approximately 200 persons are being held in the island's prisons, having been deemed unfit to plead. These persons are charged with offences, but have not been tried and no evidence has been presented against them.

In its final report, seen by The Sunday Gleaner, the task force, which was chaired by psychiatrist Dr Earl Wright, noted that there are more than 300 persons in the island's prisons in need of specialised forensic mental health services.

The task force noted that the persons who fall into the unfit to plead category need psychiatric evaluation, legal and social worker services.

To address this issue, the task force has recommended the establishment of a joint team to explore the possibility of transferring those inmates deemed unfit to plead to a transitional facility at the Bellevue Hospital.

According to the task force, there is a need for a forensic psychiatric facility for the persons who are in prison and deemed unfit to plead, and discussions have taken place between the ministries of health and national security for the establishment of this facility at Bellevue.

But the task force made no comments on a submission it received, which would prevent persons deemed unfit to plead from ending up in prisons in the first place.

The submission to the task force pointed to a 2004 recommendation by a team, chaired by Professor Fred Hickling, for the introduction of a 'Diversion at the Point of Arrest' system to prevent persons with mental illnesses from being placed in correctional institutions.

In a submission to Cabinet in March 2004, the Hickling team, from the Department of Community Health and Psychiatry at the University of the West Indies, Mona campus, urged the Government to promote a process of community health intervention, which would divert mentally ill accused persons from the criminal justice system.

The Hickling team argued that this would be well within the legal framework of the Mental Health Act.

"Jail diversion generally refers to specific programmes that screen detainees in contact with the criminal justice system for the presence of mental disorder," said the Hickling team.

Broadly defined, diversion leads individuals with mental illnesses away from criminal incarceration and could either prevent prison time or cut it short.

The recommendations from the Hickling team is included in the index on the report submitted to Tufton and could still form part of the solution going forward.

Unfit to plead and lost in the system: Remembering the case of 'Ivan Barrows'

Alfred 'Ivan Barrows' Nettleford, who was diagnosed with schizophrenia, was jailed in 1972 on a charge of malicious destruction of property after he allegedly broke a window in Chapelton, Clarendon.

From there, he was transferred to the May Pen police lock-up before being sent to the Bellevue Hospital, then to the General Penitentiary, and finally the St Catherine Adult Correctional Centre without trial.

Although the offence carried a maximum sentence of five years, Nettleford spent 28 years and three months in prison before his release in 2001.

He was lost in the system primarily because his name was changed from 'Alfred Nettleford' to 'Ivan Barrows' while he was being moved from one penal institution to the other.

His release came through the efforts of the Independent Jamaica Council for Human Rights after his discovery by a prison psychiatrist in 1999.

The Government later compensated him to the tune of $9 million.