UWI lecturer calls for change to the Noise Abatement Act 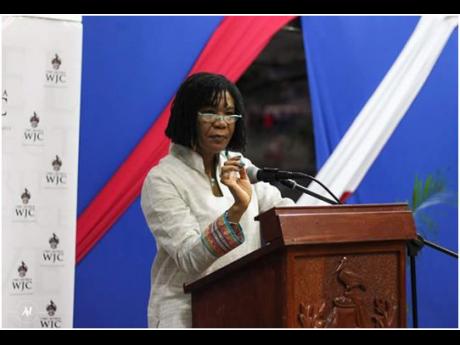 Noted cultural studies commentator and university lecturer, Dr Sonjah Stanley Niaah, is calling for a change in the way Jamaica thinks about the creative industries and, in particular, changes to the management of entertainment.

In a recent lecture at the UWI Mona-Western Jamaica Campus in Montego Bay, dubbed 'Shifting the Philosophy and Geography of Entertainment Reason: A Jamaican Music Culture of Sound Regulation Versus Noise Abatement in a New Regulated Era', Stanley Niaah called for the Noise Abatement Act to be replaced with a Sound Regulations Act as a critical step towards shifting the colonial definition of the people's entertainment as noise and recognising the intrinsic and potential social and economic value of music to Jamaica's overall development.

Among the specific proposals for advancing Jamaica's development of a new philosophy of entertainment reasoning is Stanley Niaah's strong support for the establishment and promotion of an entertainment registry and the establishment of a creative industries fund. Speaking directly to the audience of mostly university students, she also called for more deliberate and active research on the relationship between music and crime.