Jamaica loses US$100 million to cybercrime 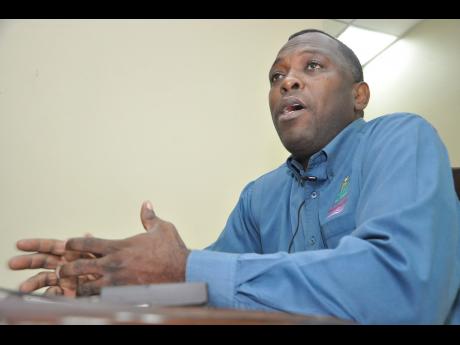 The Cybercrimes Unit says it is expecting Jamaica to lose more than the US$100 million it lost last year due to criminal activities on the Internet.

Inspector Warren Williams, head of the unit at Jamaica Constabulary Force, reported that for 2016, the country lost US$100 million and more than 200 cases of cybercrimes were reported.

While addressing persons at the World Consumer Rights Day, which was held at the Consumer Affairs Commission's offices in New Kingston on Wednesday, the inspector said though nothing was wrong with utilising the technology for convenience, citizens must be careful when they shop online and disclosing personal information.

"We are not picking on any institution, in 2016, over US$100 million, people lost that because of criminal work on the Internet right here in Jamaica," he declared.

"A lot of you might not know that the smart TV is also watching you. Your smart watches, smart cars all these devices are being built. You think they just make smart devices because they have time to waste? It is for a reason," he declared.

"We are moving into the era of the fulfilment of a cashless society and we are almost there as a society. There is the radio frequency identification (RFID), don't get scared, but it is here. So it means that in the scheme of things, where we are all connected, you are going through the airport and we just scan you with your RFID and we know that it is you; that's the era we are in," he continued.

Inspector Warren Williams, head of the Cybercrimes Unit in the Jamaica Constabulary Force (JCF), is warning that his studies are showing traditional crimes being exponentially outnumbered by criminal activities in cyberspace.

"It's a challenging time. We are seeing where traditional crimes are now evolving into non-traditional crimes and people are staying in the comfort of their bedrooms. Why should they (criminals) have the police chase them down when they can sit somewhere and get into your account?"

He added: "Jamaica is not only about Usain Bolt and Shelly-Ann Fraser-Pryce; we have people here who are creating malicious software that are being dumped on your smart devices."