Peter David Phillips – The climb to the top 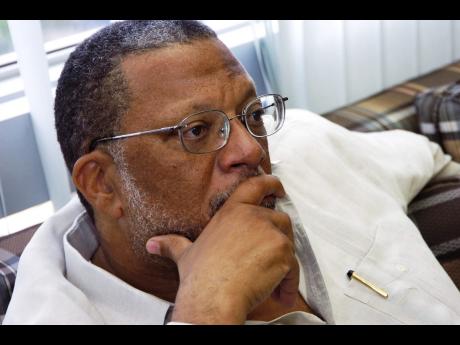 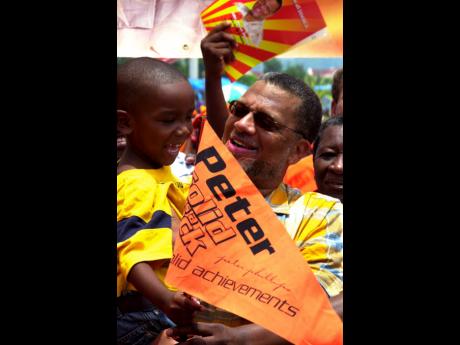 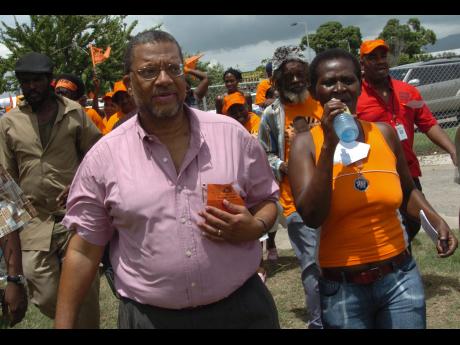 Today, the delegates of the People's National Party (PNP) will ratify the election of Peter David Phillips as the fifth president of the PNP. It will be the first time since the founding conference in 1938 that a party president will be installed by acclamation, as no other candidate was nominated.

It is an overwhelming demonstration of the delegates' confidence in Phillips' capacity to lead the party at this critical time, when only a renewed PNP can restore hope to a nation that is rapidly losing confidence in the future.

Rebel with a cause

Peter Phillips belongs to the generation whose political and social consciousness was shaped in the first decade of Jamaica's independence as the oppression of the urban poor by the Jamaica Labour Party (JLP) administration came up against the resistance of an increasingly radicalised youth activism. The bulldozing of Back-O-Wall in 1963 to create a political garrison at Tivoli Gardens, and of Foreshore Road three years later made thousands of poor black people homeless. It was a decade that exposed the social consequences of economic growth without equity, and the resultant concentration of wealth at the top, while unemployment doubled and the gap between the 'haves' and 'have-nots' widened.

I was the chairman of the Students' Union at the University of the West Indies (UWI) when the 18-year-old Phillips registered as a student in October 1967. He took an interest in the activities of the New World Group of economists, and hardly missed the sessions when Supertone played in Papine. Significantly, he sought the assistance of Walter Rodney, the internationally acclaimed historian and Pan-Africanist, who had returned to teach at the UWI in January 1968, to establish contact with the Ethiopian World Federation and the Organisation of African Unity (OAU). He was certainly among the students who marched in Kingston in October 1968 to protest the banning of Rodney from re-entering Jamaica, after returning from the Black Writers Conference in Montreal, Canada. The young Peter Phillips was well on his way to becoming a "rebel with a cause". His cause would be social justice for the children of Africa in Jamaica, and his organisational base became the Rastafarian Movement.

Phillip's decision to join the Rastafarian Movement certainly took courage as Rastafarians were the most harassed and brutalised group in the society. They were often locked up without charges being laid and their locks shaven during incarceration. As a Rasta youth, he would share the life of the most oppressed and persecuted group in Jamaican society.

At a time when urban youths were being conscripted in the militias of the political parties to make war, Phillips and the group of young Rastafarians around him were showing that there was a better way by providing an example of African-Jamaican youth living in unity and love. Whether Rastafarianism contained adequate solutions to Jamaica's economic and social problems, it certainly focused popular consciousness on the racist superstructure of the society and, by restoring the image of Africa as 'Mother', infused an uncompromising challenge to Eurocentrism.

Phillips' climb to the top of the PNP comes against the background of a deepening crisis of governance which can be measured by the fact that no administration since P.J. Patterson's retirement in 2006 has either successfully completed four of the five-year term of office, or been re-elected. The JLP's one-seat victory over the PNP in the 2016 elections is the narrowest margin since 1944 and it is on this tenuous political base that Andrew Holness is presiding over Jamaica's fifth administration in 10 years.

The Budget presented recently by the JLP threatens the viability of the Economic Reform Programme and deepens the political crisis. It is clear that the fallout from Prime Minister Holness' opportunistic election promise to raise the income tax threshold to $1.5 million, which has resulted in an onerous tax burden on the poorest Jamaicans, could well paralyse the present administration and force new elections.

The PNP could be in office quicker than they think.

The results of elections over the last ten years show that winning is easier than consolidating an administration. The question is: How ready is the PNP to further advance the "new and binding covenant with the Jamaican people for stability, equitable growth and prosperity? This will depend on the party's capacity to renew its ranks, which have been depleted by the withdrawal of the middle and professional classes from politics. Will the new leadership succeed in inspiring the workers with his vision of the new Jamaica in a situation where the labour unions are but a shadow of their former selves? Can the PNP successfully organise and educate its membership to meet the challenges of the period? Finally, can the party attract the expertise required to develop the policy framework and the programmes required to make Jamaica work for all Jamaicans?

Yes, there are a few who express the view that he belongs to a generation whose time is past, and even contend that the key factor in choosing a prime minister is youth. A more rational view would be to identify someone with vision, proven capacity and experience for the most challenging job in Jamaica today. I am reminded that when Norman Manley lost the 1962 elections, there was a deep feeling of disappointment among half of the electorate who had looked forward to the PNP's third term with Manley as the first prime minister of independent Jamaica. He was then 69 years of age and would have been 74 at the end of the five-year term.

Phillips' outstanding record of service to the PNP and the State makes him arguably the best prepared of his generation for national political office. The young man who has shared the life of Jamaicans of all social classes is now poised to become "the LEADER for all JAMAICA".

n Arnold Bertram can be contacted at redev.atb@gmail.com.