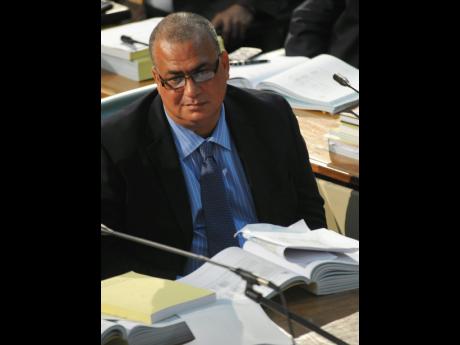 The governing Jamaica Labour Party has challenged claims by Clarendon North West Member of Parliament Richard Azan that millions of dollars in public funds, under a contract monitored by the National Works Agency, were used to provide accommodation at the five-star Riu Hotel. However, Azan, a former state minister, said he is standing by his statement.

Azan yesterday said he would ask the Physical and Infrastructure Committee of Parliament to ventilate the matter, which he said was the subject of an audit.

"I stand by what I said," Azan insisted, noting that he would be taking steps to turn over the matter to the committee, "where you can get the relevant public officers to respond".

However, Azan failed to provide a date when the audit was done.

He reiterated on Monday that a sum totalling $7 million was spent at Riu Hotel, Tropical Jewellers, Megamart, Hi-Pro and to purchase Clarks shoes.

At a sitting of the Standing Finance Committee of Parliament on February 28 this year, the Clarendon North West MP had indicated that money was spent on a number of things that had no direct bearing on a road contract from Soursop Turn to Chapelton in the parish.

"The Government has seen no evidence of such allegations," a release from the Office of the Prime Minister said Monday. The administration said it was seriously concerned about the allegations and would like to investigate the matter.

According to the release: "The Government is of the opinion that these are extremely serious and damaging allegations that cannot be ignored. It notes that the cover of parliamentary privilege cannot be used to make such unsubstantiated utterances."

The acting leader of government business in the House of Representatives, Everald Warmington, has written to Azan asking that he provide evidence to support his allegations or "fully withdraw and apologise for making such statements".