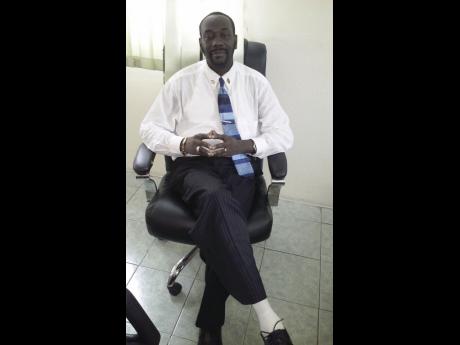 Everton Powell has been preaching the gospel from the age of seven under the watchful eyes of his grandmother, who instilled in him the basic values and attitude needed in charting the way forward to becoming a good Christian.

Powell, who is now pastor and national overseer of the New Church of God in Jamaica, recounted that he was touched by the hands of the Lord at age 11, although he converted four years before.

"I performed my first miracle at age 11 years through the mighty power of Jesus Christ," said Powell.

He added: "I distinctly remember that my grandmother was suffering from a severe headache, which forced her to retire to bed. She called on me to pray for her, and I immediately placed my hand on her head, and upon the conclusion of the prayer, she confessed to me that the pain had gone from her head! As the years unfolded, I grew stronger spiritually as I developed a personal relationship with Christ."

According to Powell, he received a special touch from the Holy Spirit at age 11 and was baptised shortly after. He said that despite the laughter and ridicule from some of his peers back then, he was determined to serve God.

Powell, who also admitted that he has been tempted on numerous occasions, argued that the best way to fight against distractions is to remain in Christ, while pointing out that once one loses focus on Christ and attempts to fight one's own battle, one will become spiritually weak, rendering him an easy prey for the devil's attack.

He noted that for anyone to grow spiritually, one has to develop a bonding relationship with Jesus Christ, through fervent prayer and worship, which, he claims, is a recipe for strengthening one's pathway in the quest for salvation. He noted, also, that engaging members of the same faith in Bible study and fasting assists greatly with one's spiritual growth.

Continuing, Powell said: "It is important for us to engage our Maker, who, despite our shortcomings, wakes us up each morning. Our lifestyle should be a true reflection of what our Maker is, and as such, we should treat each other with love and respect by caring, sharing, and becoming our brother's keeper. God is love, and, therefore, we should appreciate one another even more as we seek to showcase our Christ-like attitude."