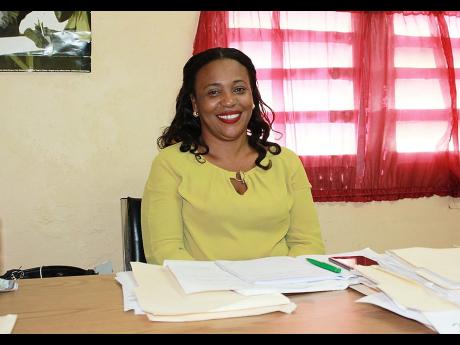 Guidance counsellor May Perry spent two years assisting at Priory Primary and Infant School in St Ann before moving on to the Boscobel Primary School in St Mary, where she has worked for the last eight years.

During that time, she has experienced a definite decline in quality parenting and believes that the problem is the source of many of the societal problems we face today.

Perry says that over the past decade, fathers and mothers have become much younger and more likely to abandon traditional parenting methods. As a result, their children, especially the boys, are becoming increasingly unruly.

She told Family and Religion last week: "I think parenting styles have changed a lot over the past 10 years. Things were better before. Since coming to Boscobel, I've found that parental involvement in the children's lives leaves a lot to be desired.

"I think there is, oftentimes, competition between the parents and the children because we have parents who got pregnant at 13 or 14 years old, so they didn't get to enjoy their time as children. After they have their child, these parents go back to being a teenager. They're not responsible or involved in their child's school life.

"When I first came here, I had to implement a breakfast programme because out of a population of 190, I would have 40 children coming to school without breakfast. Hunger stops them from maximising their potential and they will fight and be angry. I really think poor nutrition and poor parenting skills are major issues."

To help neutralise these problems, Perry has established a number of initiatives to support and inform parents about their roles, duties, and responsibilities.

She explained: "Over the years, I've developed a parenting programme that I usually do with 15 parents at a time. We go through skills such as the difference between how to treat girls and boys, how to present yourself at school, and discipline and punishment, which are the major ones because for a lot of my parents, discipline is abuse.

"We also had a mentorship programme, where managers from Beaches Boscobel Resort and Gulf Club would adopt a child, come and see how they are doing, sit and talk, and encourage them. It was mostly boys because they really need mentors.

"It seems as though we have the boys graduating from primary, going to high school, graduating from there, and then sitting down on the roadside, and they might get five girls pregnant. So at this school, we may have a nephew in grade five and an uncle in grade one. Girls tend to get cared for, but that doesn't happen as much with the boys, and so a lot of them are neglected."