Dairy industry on the upswing 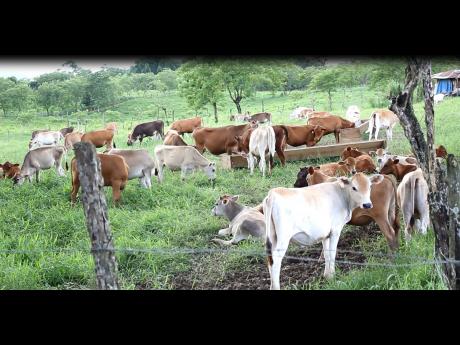 Contributed
Contributed Prior to the 'Drink Real Milk' campaign, Jamaica's dairy industry average was less than nine litres per cow, per day. A year later, many farmers are averaging 12 litres or more per day.

The local diary industry is experiencing a rebirth since the launch of the 'Drink Real Milk' campaign in January 2016, with several players reporting improved performance.

The joint effort by Drink Real Milk partners Nutramix, Seprod, Fersan and the Jamaica Dairy Development Board has helped to turn the industry in a positive direction, with increased production and several initiatives.

Among the initiatives are a number of locally produced new products, including a lactose-free milk and heavy whipping cream being made with real milk. Condensed milk is now also being manufactured, using real milk instead of with imported milk powder.

On the farm, there has also been an introduction of new and improved genetics into the industry, as well as new management techniques.

Last year, the milk industry recorded its highest output in over a decade, with one of the main contributors being the ability of dairy farmers to get more milk from the same size herd by following a milk replacement programme.

Before the campaign, the industry average was less than nine litres per cow, per day. A year later, many farmers are averaging 12 litres or more per day.

According to Young, the use of the milk replacer and vitamin pack will not only increase yield but will also produce higher-quality meat.

Newport Mills Limited is a member of the CB Group, and Nutramix is one of its distributed brands.