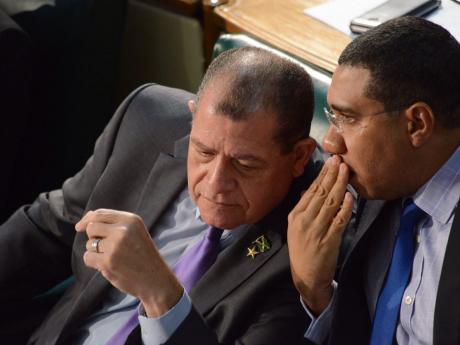 Prime Minister Andrew Holness has said sorry to the Rastafarian community for the atrocities committed against members of that movement in the 1963 Coral Gardens massacre.

In a statement to Parliament, Holness acknowledged that the Coral Gardens incident had been a source of pain and hurt for the Rastafarian community.

"The Coral Gardens incident was a grave injustice," Holness said in Gordon House.

Acknowledging the wrong that was done by the state, Holness committed that such an incident would never again occur in Jamaica.

In an attempt to make restitution on behalf of the state, Holness said the government would establish a trust fund in the sum of $10 million to assist the beneficiaries of those who suffered loss during the "repressive" incident.

The Public Defender who carried out an extensive report on the Coral Gardens incident has been mandated to locate survivors of the incident.

At the same time, the Government has set aside six lots at Pinnacle in St Catherine to be declared as protected heritage sites.

These lots, he added will be earmarked for development.

ABOUT THE CORAL GARDENS MASSACRE:
The 1963 massacre reportedly stemmed from an old incident in which a Rastafarian sympathiser, Rudolf Franklin, was shot and seriously injured by a property owner in a dispute over lands. Franklin and others decided to exact revenge by burning down the Ken Douglas Shell service station. That incident caused a massive state crackdown against Rastafarians. Three Rastafarians, three other civilians and two policemen died.