American Friends of Jamaica working to reduce violence in the west 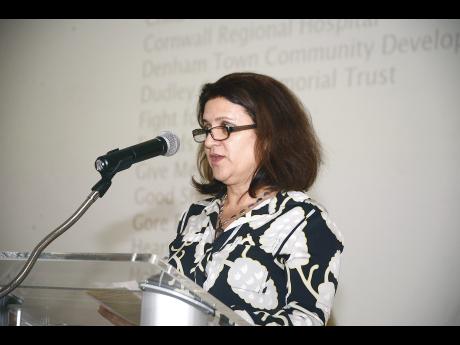 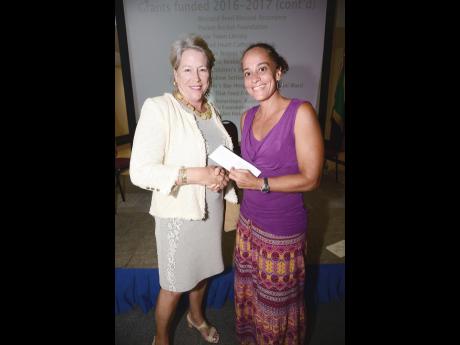 Patrick Planter
Monica Ladd (left), director of the American Friends of Jamaica, presents Dr Kim Scott of the Child Resiliency Programme with a grant cheque during a ceremony at the United States Embassy in St Andrew on Monday. 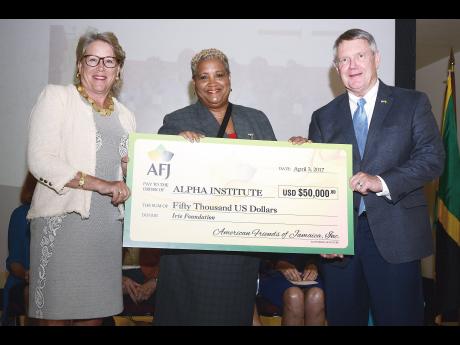 Patrick Planter
Margaret Little Wilson, administrator of the Alpha Institute, collects a grant cheque for US$50,000 from directors of the American Friends of Jamaica, Monica Ladd (left), and Jim Cada (right), at the United States Embassy in St Andrew on Monday.
1
2
3

The American Friends of Jamaica primarily assists in areas of education, health care and economic development. This year, however, the Child Resiliency Programme was the focus for president, Wendy Hart, who indicated that the work of the charity would go a far way in addressing some of the social breakdowns that have been plaguing Montego Bay, St James.

In an interview with The Gleaner, Hart stated that the Resiliency Programme was among 27 charities in Jamaica that have been awarded grants this year to assist with development in various communities across the island.

"This year, we tried to look for somebody who was in the spaces that we are interested in, who could work in violence prevention with us in Montego Bay because of all of the issues that are happening," she said.

"We were able to identify a programme called the Child Resiliency Programme that is in Kingston and Trelawny, and already has a very good track record of working with youth, to increase their effectiveness in schools."

In recent years, crime and violence have increased drastically in the second city, making it the parish with the highest number of murders.

Hart explained that the programme has a very good track record of empowering young people who end up graduating and turning away from involvement in crime.

"Montego Bay is an issue that concerns us all. Just on a humanitarian level, to think that a town of that size has more absolute murders than Kingston, it bothers us. on an economic development level, it bothers us, and my experience working in charities and development is that the ability to have a sense of security is important," she said.

At the annual grant ceremony, which was held at the United States Embassy in St Andrew on Monday night, several charities received grants of over US$470,000. Among the beneficiaries were Mustard Seed Blessed Assurance, the Rose Town Library, the Scientific Research Council, and The Trees That Feed Foundation.