'Clean up the rat nest now!' - Salvation Army given seven-day ultimatum to get rid of rodents at Mannings Hill Road facility 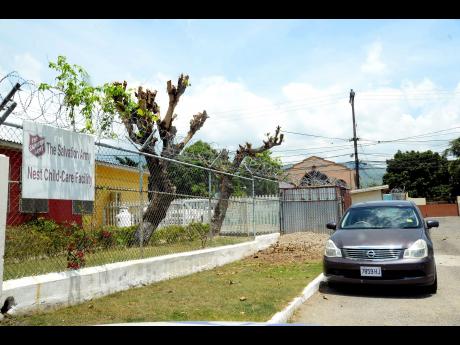 Outside the Salvation Army facility on Mannings Hill Road in St Andrew after the clean-up operation started last week. 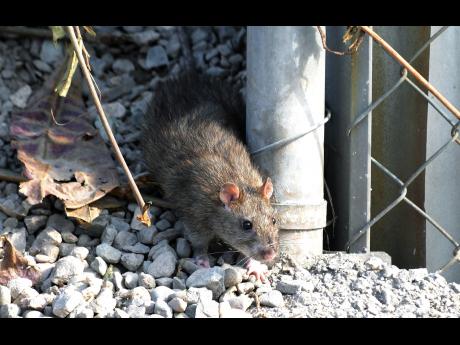 Rudolph Brown
A rat comes out of hiding as it goes in search of food at a garbage skip just outside of the Salvation Armys Childrens Home before last week's clean-up operation.
1
2

The Kingston and St Andrew Health Department has given the Salvation Army seven days to clean up its rat-infested facility on Mannings Hill Road in St Andrew.

The ultimatum was issued after officials of the health department and representatives of a number of other state agencies visited the facility last week in the wake of a Sunday Gleaner exposé on the rats which seem to have taken over the premises, which houses a nursery, a basic school, a children's home, a school for the blind and visually impaired, an old age home, and several other dwellings.

Officials of the health department, who visited the premises twice last week, also gave the Salvation Army several recommendations to be implemented in an effort to eradicate the rodent population.

"Inappropriately stored garbage was observed, which may have served as harbourage to rodents," the health department wrote in an emailed response to The Sunday Gleaner.

"Immediate rodent-control treatment is necessary. Only approved childproof bait stations are recommended. The Salvation Army management informed the team that a company had already been contracted and would conduct treatment by the weekend."

The health department also recommended that the lids of the garbage skips be firmly seated to prevent rodents from entering, even as it said no characteristic signs of rodent infestation, such as droppings or burrows, were observed during its initial assessment.

But Sunday Gleaner sources say officials of the Early Childhood Commission (ECC) had a different experience during their visit as they found rat droppings in the classrooms of the basic school. There was no official word from the ECC up to press time.

In the meantime, representatives of the Child Development Agency (CDA), who visited the facilitate hours after The Sunday Gleaner story was published, have sought to get answers on what will be done to protect the children.

"The problem seems to be the garbage skip at the front (of the home)," CDA head, Rosalee Gage-Grey, told The Sunday Gleaner.

"The home has sent us a report. They said they started having a problem in January and they had contracted a pest control person to come in and do the assessment, and they are doing the treatment.

"We are satisfied that efforts are being made to control the situation. But we will continue to visit to make sure that everything is OK," said Gage-Grey.

When our news team returned to the facility last Tuesday, a massive clean-up exercise was under way with the skip just outside the basic school gate removed and debris which was beside the skip in proximity to the children's home was trucked away.

A debushing exercise also followed and rat bait boxes placed at various points on the compound.

"We live in a rat-infested area. We live beside two gullies; we live beside communities that throw their garbage in the gullies and on the side of the road," Major Stanley Griffin, Salvation Army Divisional Commander for Eastern Jamaica and secretary-manager for the Mannings Hill Road site, said.

"We are the only place in that surrounding that is kept up to a certain standard," added Griffin, as he argued that irregular garbage collection in the area has compounded the problem.

"So it is not a situation where we invite the rats in by not keeping the place clean; it is just the environment that we live in. Every six weeks we have pest control come in and take care of the situation," said Griffin.

"It is just a situation that got out of hand. The pest control has really tried their best to get rid of the amount of rats we had around, so what The Sunday Gleaner saw is a fragment of what was happening," added Griffin.