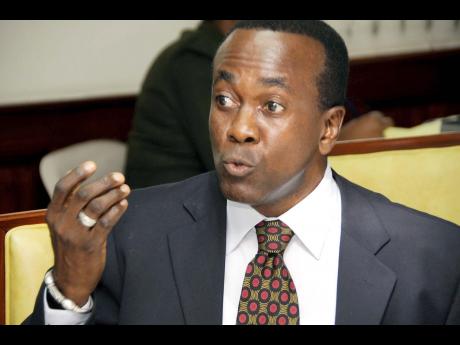 This revelation was made by Professor Hopeton Dunn, director of CARIMAC and Mona ICT Policy Centre, while bringing greetings at CARIMAC's 2017 public lecture at the University of the West Indies (UWI) Western Jamaica Campus in Montego Bay on Tuesday night.

"As the new academic year approaches, the University of the West Indies, in its wisdom and after considerable deliberation, has acceded to a recommendation from the leadership of CARIMAC that the name of the organisation should remain CARIMAC, but that CARIMAC should now stand for the Caribbean School of Media and Communication," said Professor Dunn.

"It's a nod to our growth and expansion, it's a nod to the work that you have been doing, that the lecturers have been doing and the leadership that we have offered, both at the Mona campus and this (western) campus," Dunn told the students in attendance. "It's a step up in the academic food chain globally."

Dunn also announced that he would be going on a sabbatical in the coming school year and that Dr Livingston White will act as director during his absence.

The event, which is staged each year by the final-year students at CARIMAC, the leading academic institute dedicated to media and communication research, teaching and training in the region, was titled 'Get It Together - The role of media in Caribbean Integration'.

Ken Gordon, a noted Caribbean businessman, former politician and media magnate, who gave the main lecture, took the audience through the media's role in the fight for regional integration over the years and the stout resistance encountered from heads of governments.

"I wish I had brought my crystal ball with me today for it may have signalled a conclusion to Caribbean integration, which the reality of our experience denies," said Gordon, who is a native of Trinidad. "Its logic cannot be faulted, but its implementation quickly turns into a nightmare as self-inflicted obstacles multiply.

"Like establishing the structure of the Caribbean Court of Justice, then frustrating its operation," added Gordon. "Like the extraordinary costs of governance of 13 tiny islands, many with less than 100,000 people, all insisting on sovereignty."

The organisers of the event also used the opportunity to launch a book titled A Guide To One Caribbean.