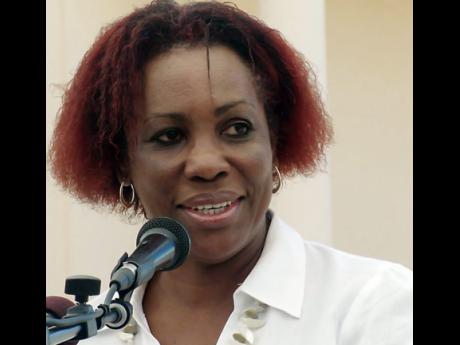 JAMAICA HAS ratified the historic international climate change deal, dubbed the Paris Agreement, which was reached in France in 2015, following years of wrangling among countries over what its provisions should be.

This, as the world looks to combat the changing climate that threatens, through sea level rise, extreme weather events, increasing temperatures and associated impacts, to erode economies and jeopardise lives.

"The instrument was signed by the minister of foreign affairs (Kamina Johnson Smith) on the 30th of March and the document sent off to New York for deposit at the United Nations," UnaMay Gordon, principal director of the Climate Change Division of the Ministry of Economic Growth and Job Creation, told The Gleaner Tuesday.

Jamaica's ratification comes close to a year after its participation at the high-level signature ceremony in New York on Earth Day, April 22, 2016.

The agreement, meanwhile, aims to "strengthen the global response to the threat of climate change, in the context of sustainable development and efforts to eradicate poverty" through a number of actions.

Included among them is "holding the increase in the global average temperature to well below two degrees Celsius above pre-industrial levels and pursuing efforts to limit the temperature increase to 1.5 degrees Celsius above pre-industrial levels, recognising that this would significantly reduce the risks and impacts of climate change".

The island joins other CARICOM members with the exception of Haiti and Trinidad and Tobago who have ratified the agreement.

In responding to the perceived delay in Jamaica's ratification, Gordon said the island had a process that needed to be gone through.

"Once the instrument was signed (in New York last year), then we started that process. Jamaica, unlike some other countries, had a process of consultation with the stakeholders to ensure that people understood what we were doing," she said.

"But we thought as a division that we should do the consultations. So we had focus groups, individual sit-downs and so on with stakeholders from finance, forestry, energy, etc, to find out if they were in agreement with the AG's opinion to go ahead, and all of them had no objection," Gordon said further.

No objections were received up to February this year and a Cabinet submission made.

"Cabinet gave the approval to ratify," Gordon said. "We are now a full party to the agreement and have to implement at the national level."