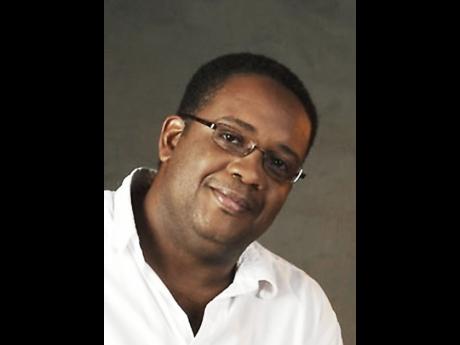 JAMAICA'S Professor Michael Taylor has made the Intergovernmental Panel on Climate Change (IPCC) team, tasked to deliver what is a vital report for the Caribbean and other small island developing states (SIDS), in the fight against global climate change.

Taylor was invited to serve as one of three coordinating lead authors for the third chapter of a special report on 1.5 degrees Celsius as a global greenhouse gas emissions target.

The IPCC was mandated to produce that report, largely through lobby efforts led over years by SIDS, in the race to curtail emissions that fuel the changing climate that could devastate them.

"Chapter three merges what happens with the physical impacts of climate change, like changes in temperature, rainfall, and so on, with the impacts on ecosystems, natural systems and on human beings," Taylor, a celebrated local physicist and head of the Climate Studies Group Mona, told The Gleaner on Tuesday.

"It is actually the first time they are merging those two things in one chapter. Normally, it would be Working Group I (WGI) looking at the physical side and WGII on the physical impact. Chapter three now will look at both the scientific basis for 1.5 and what are the impacts on managed systems as well as human beings," he added.

Taylor is joined by two other coordinating lead authors and a team of 20 lead authors to deliver that chapter.

"We will also coop contributing authors with special expertise as needed to lead the authorship of that chapter," noted the head of the Physics Department at the University of the West Indies, Mona.

Quizzed as to his feeling on being asked to serve, the scientist said: "It is a real honour; I appreciate the honour.

"It is not just an honour for me personally, but also for Caribbean science that it is being recognised in such a way. But it is an overwhelming task that is being asked so I also feel extremely overwhelmed but extremely grateful for the recognition," he added.

The historic Paris Agreement, which charts the course for the global response to climate change, looks to hold "the increase in the global average temperature to well below two degrees Celsius above pre-industrial levels" and pursue "efforts to limit the temperature increase to 1.5 degrees Celsius above pre-industrial levels, recognising that this would significantly reduce the risks and impacts of climate change".

The inclusion of 1.5 was hard-fought-for by Caribbean and other SIDS aided by the regional campaign dubbed "1.5 To Stay Alive".

The campaign run primarily in the lead-up to and during the 2015 climate talks in Paris where the agreement was adopted involved regional players such as the Caribbean Community Climate Change Centre, communication NGO Panos Caribbean, the Caribbean Development Bank, the Saint Lucia Ministry of Sustainable Development, the Regional Council of Martinique, and the Organisation of Eastern Caribbean States.

Among other things, it saw the establishment of a website, Facebook page, and Twitter account to promote Caribbean negotiating positions and to expose the region's climate challenges all the while calling for the holding of temperatures to 1.5 degrees Celsius.

"The 1.5 is a kind of threshold of viability for small islands going into the future. So this report, I think, the small islands have a special interest in because it will be the report that evaluates whether the case they are making is a good case," Taylor said of the review work to be done in the coming months.

"And the case they are making is not just for them, but a global case. This is the report that is kind of the backbone of the aspirational goal of the Paris Agreement," he added.

Nobel laureate Professor Anthony Chen, who was recognised for his own contributions to climate research through the IPCC, had high praise for Taylor.

"Professor Taylor is an excellent person to lead the project and I have every confidence in him," said Chen, a mentor to the professor, whom he taught at university and who succeeded him as head of the Climate Studies Group Mona.

"I was very glad for him. He had asked me what I thought and I told him, 'go for it'. It puts the Caribbean on the map that they should be for the 1.5 project. This is sort of a late registration of that fact," he added.