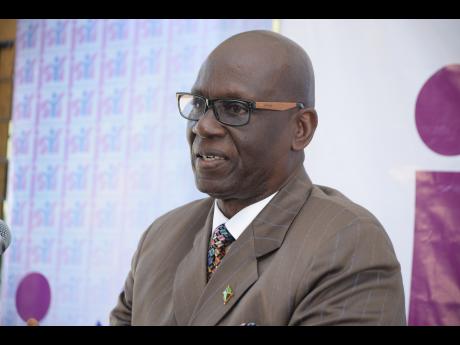 Minister of Local Government and Community Development Desmond McKenzie is demanding that funeral home proprietors and practitioners raise the standards within the industry to ensure the profession does not continue to be used as a hustle by some persons.

McKenzie was addressing an audience of Meadowrest customers, at the Annual Meadowrest Memorial Gardens Funeral Directors' Function at The Knutsford Court Hotel on Tuesday.

He accused some practitioners of operating illegally and overcharging relatives of the deceased for funeral packages.

"Somebody died the other day and they asked me to assist with the funeral. We got an invoice for a funeral for $575,000. Here is a man who couldn't even afford the hospital bill. If he had $500,000, probably he would be alive today," McKenzie stressed.

He said that the industry does not always accord dignity to the departed.

"In certain parts of the profession, there is no dignity for dead people anymore. In days gone by, you took pride in putting away those persons. When I go to funerals, I am concerned because the business has now become vulgar, inconsiderate, and selfish, plus the service is poor. It is no longer a sacred business," McKenzie said.

He continued: "I went to Babsy Grange's (Minister of Culture) mother's funeral in Toronto a couple of weeks ago, and let me tell you something about the standard of those who had responsibility for the funeral; you were just amazed to see the quality of service which they offered and the manner in which they handled the proceedings."

While industry players have the Government's commitment that it will help to fix problems within the industry, McKenzie took a jab at undertakers determined to destroy the profession.

"Ladies and gentlemen, this profession needs to return to its core value. We need now to raise the standard of the service. Those of you who have invested need to take a stand. You cannot allow your trade to be dragged through the mud to the centre of the worst kind of criticisms. People have bad things to say about some undertakers. If it is even one (unethical undertaker), it still leaves a lasting impression on the trade. While the regulations are important, there needs to be in-house cleaning," the minister stated.