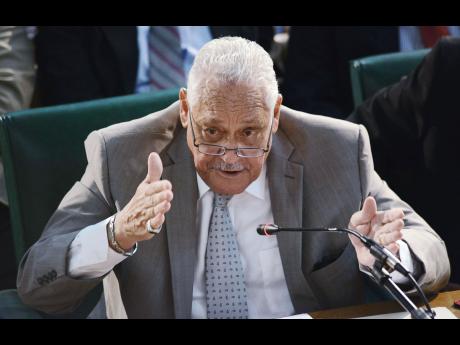 Minister of Transport and Mining Mike Henry says he will soon be closing the debate on the new Road Traffic Act, which is now before the House of Representatives.

He said the Office of the Chief Parliamentary Counsel has made some 144 amendments to the proposed law.

“I am aiming to finish it (bill) in the quickest possible time and I expect in another 30 days I should be able to come back to Parliament with the issues that address it,” Henry told reporters yesterday at a post Sectoral Debate press conference at the ministry’s offices on Maxfield Avenue in Kingston.

Commenting on the proposed amnesty for motorists, Henry said within a month he would be in a position to provide details on how it would be implemented.

Henry had announced that the authorities would be granting an amnesty to delinquent motorists over a certain period. However, he was unable to give details as to when this would take effect.

It is proposed that motorists who clear up outstanding sums during the period of amnesty would not be saddled with demerit points for those tickets.

Henry indicated that motorists would get the opportunity to begin with a clean slate when the new legislation is introduced.

The transport minister said he has been in discussions with stakeholders in the transportation sector and is open to further dialogue on the issue.