Meditating to success at Holy Trinity 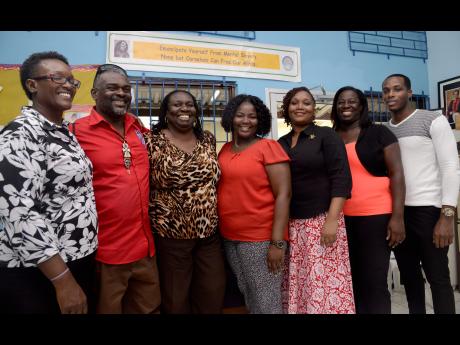 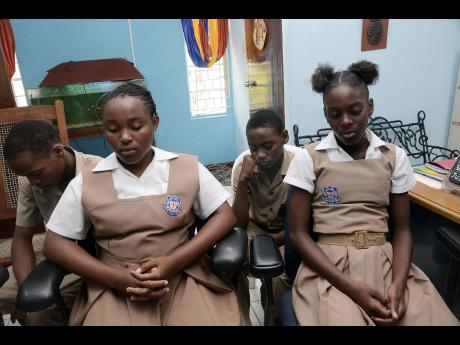 Teachers at the central Kingston-based Holy Trinity High School have nothing but praise for the meditation programme which is helping to turn around the once-failing institution.

"For me, it allows me to be able to think through the day. Different things will pop up in the mind but it is a time that you get to calm down and all the ideas come into your head. It's as if you have a little diary," Sonjie Wilks, mathematics teacher at the school, told The Sunday Gleaner.

According to Wilks, in addition to a general lack of interest in maths, learning is difficult for some of her students because of the challenges they face outside the classroom.

"Sometimes they come in with whatever hangover, whatever attitudes. If I don't meditate I may respond to them in a negative way, but when I do, I can more easily step back and address the situation."

"The fact that I'm here talking to you shows the success. Although I am a teacher, I never liked looking into people's faces," said Hall.

"I was shy and even angry at times. But from I come to this meditation group, it has helped me to really cut down on that.

"I realise that when you talk to them gently and as a father figure they respond to you better," added Hall as he noted that a father figure is missing from the lives of many of the most troubled students.

"Before meditation, the least little thing I would get angry about, but now it doesn't matter what, I can go through the day, and it even helps with my spiritual life," offered Taniel Morsby, a Caribbean history and social studies teacher.

"Whenever I do it in the morning it gives me a push, even when I have a full day. I am energised throughout the day.

Holy Trinity's principal Margaret Brissett-Bolt introduced Transcendental Meditation into the school some two years ago as a desperate attempt to improve what was once labelled among the four worst-performing secondary schools in the island.

Since then, there has been an upswing, with hope that Holy Trinity is on its way to becoming the top-performing school it was always expected to be.