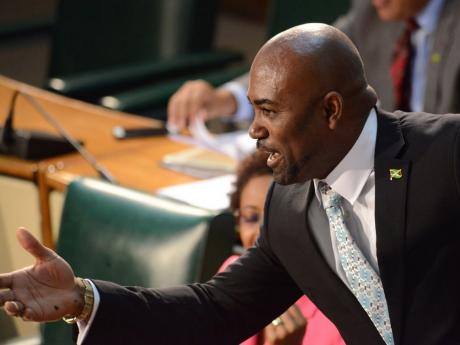 Wheatley ... the new regulatory authority is being done through partnerships with the private sector.

A new regulatory body called the Government Electrical Regulator is being established to oversee the current "error-prone" electrical installation system.

The current system led by the Government Electrical Inspectorate (GEI), is highly manual, time consuming and prone to errors and delays, Energy Minister Dr Andrew Wheatley told the Parliament this afternoon in his contribution to the Sectoral Debates.

Wheatley said the new regulatory authority is being done through partnerships with the private sector.

The GEI has been responsible for the safety inspection of electrical installations as well as the inspection and certification of petroleum facilities. Only installations with GEI certification are allowed to connect to the national grid.

The GEI, Wheatley said, processes 35,000  applications per year but under a "frustrating" system.

Wheatley said the under the proposed Government Electrical Regulator, the system will become "more efficient" through a revamped application, inspection and licensing process.

He said the new authority will be guided by the Electricity Act (2016) and regulations, which, he said, are being finalised.

Under the new system too, inspections and certification can be outsourced.

Wheatley did not say exactly when the new regulator is expected to come into place.