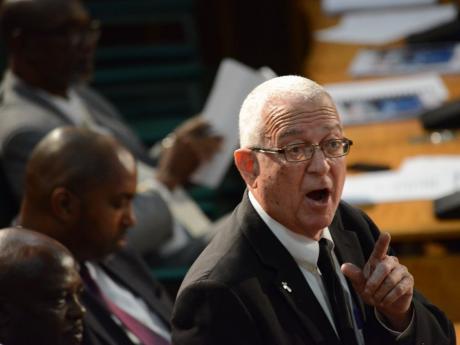 Thwaites ... judges will have to be schooled in the provisions of the law and the philosophy behind them.

Central Kingston Member of Parliament Ronald Thwaites says judges should opt for non-custodial sentences when persons plead guilty under plea bargaining legislation except where an egregious offence is committed.

In making his contribution to the debate on the plea bargaining legislation in Parliament this afternoon, Thwaites argued that a large percentage of inmates in prison for minor offences, are serving terms of less than a year.

He further argued that many of them are young. IN PHOTO: The Tower Street Adult Correctional Facility is one of Jamaica's maximum security prisons

Thwaites contended that confining these persons to prison will not help with their redemption and rehabilitation.

The MP argued that a cultural change on the part of judges will be critical to the success of the plea bargaining legislation.

Thwaites contended that judges will have to be schooled in the provisions of the law and the philosophy behind them.

Meanwhile, he argued that the operations at the Legal Aid Clinic will have to be streamlined to accommodate provisions in the laws.

Among other things, the legislation will stipulate that persons without a lawyer should have access to legal aid when considering to enter a plea.