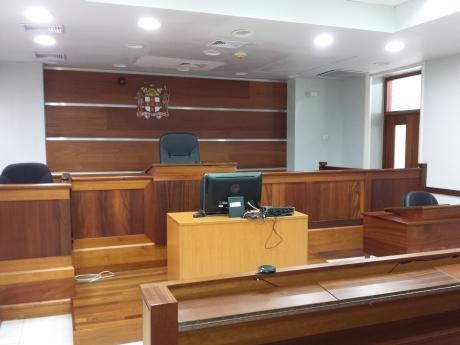 The number of criminal cases down for trial in the Home Circuit Court has now surpassed 700.

The Home Circuit Court covers the parishes of Kingston and St Andrew.

Senior deputy director of public prosecutions Jeremy Taylor revealed this morning that a total of 707 cases are now on the court list including 582 which were carried over from the previous court term.

"There are persons who would think that this is for the entire island, but this is just for Kingston and St Andrew," emphasised Taylor.

He was speaking during the ceremonial opening of the court's Easter term.

A breakdown of the 125 new cases show that 77 are for sexual offences while 48 were for murder and other offences. Taylor also raised concern that there are 24 cases where persons have been convicted of various offences, including murder, and are still awaiting sentencing.

According to him, seven of these cases were completed during the court's Michaelmas term, which ended last December.

"We cannot have these delays. It defeats the purpose," Taylor said.

Meanwhile, the Jamaican Bar Association is raising concern about the growing backlog of cases before the Home Circuit Court.

Secretary of the Jamaican Bar Association, Maurice Manning, says it is not in the interest of justice to have hundreds of cases being traversed each term.

He noted that this practise compromises the constitutional rights of accused persons to a fair trial within a reasonable time.

Manning says clearing the backlog will require new thinking, new attitude and a new approach and urged defence attorneys to embrace new ideas being implemented that allow for their clients to get a fair trial.