Ricardo Lawrence - from gunman to ‘Godman’ 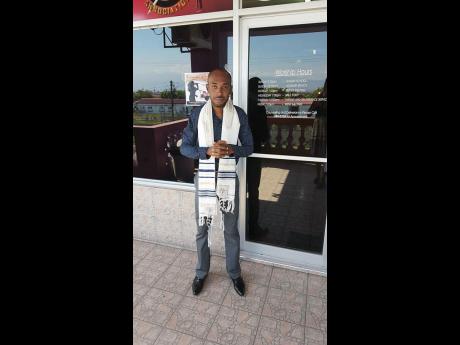 Contributed
Evangelist Ricardo Lawrence is fired up with a passion for serving God and reaching out to the lost. he is counting his blessings at being given a new lease on life.

Today, Evangelist Ricardo Lawrence is all about ministry. Fired up with a passion for serving God and reaching out to the lost, he is counting his blessings at being given a new lease on life.

That, however, has not always been the case. Hailing from the inner-city community of Payne Avenue in Kingston, his heart soon became like stone after facing constant abuse and being beaten up time and time again by older men. He said one day, he just snapped.

"One day, after Hurricane Ivan, I made up my mind that I was tired of the disrespect, tired of the abuse, and that was the day I picked up the gun," he told Family & Religion.

Lawrence's first weapon was a 'one pop' before upgrading to a 'Magnum'.

He eventually left the area and resided in Portmore, but that didn't stop his involvement with his cliques there.

Lawrence said he used to go into the garrison areas and shoot it up, assisting his friends who were going on missions like those. He committed robberies on the streets it reached a stage where he was wanted by everyone his own friends, people from the community and the police.

"I went through a whole heap of deaths colleagues dying. It eventually started to tell on me," he said, sharing that he became totally stressed out and depressed.

"In the midst of this. I heard a voice saying, 'if you don't stop this, you are going to die'," he related.

After that, Lawrence said God's hand in his life was made abundantly clear when He rescued him from what would have been a friend's betrayal.

"I went to Central Village on a move with someone I held as my bona fide friend. I didn't know at the time he was planning to set me up to die. I got the revelation not to meet him at the agreed spot, but, instead, to take another route and leave."

That move saved his life.

Lawrence said he knew then that God had a mark on his life.

His lifestyle eventually caught up with him when he was held by the police with a gun on his person.

Looking back, he still finds it amazing that they didn't kill him, as, he said, one of them pulled his gun, but for some reason, the shot did not go off. They ended up taking him in and arresting him. Lawrence said he spent eight months in jail. While there, he admitted to 'disciplining' any child molester who came in.

"I would beat them no matter how big they were. It was during this time that the Lord started talking to me," he shared. Lawrence said he stopped beating fellow inmates, stopped smoking and started reading his Bible.

He remembers back then getting a vision from God where he was asked whom he would serve the devil or God.

Miraculously, he said when he eventually faced the judge, he was set free.

It was then that his search started for what he termed a 'power-packed church'. He eventually found what he was looking for at Freedom Evangelical Association at the Portmore Town Centre, pastored by Bishop Romeon Facey.

Lawrence has gone back into the garrison, but this time, it is to minister and show a new way of life.

For those he hurt, Lawrence made a heartfelt plea, "Please forgive me. I have changed my life now. anyone out there I abused or hurt, forgive me."

On May 6, Lawrence will be tying the knot with the love of his life and he is also looking forward to fulfilling the purpose that God has called him for.

"He has a lot of work for me to do, and when you have a purpose, you have to fulfil it," he said.