The story of the Quakers Part IV — The Jamaica connection 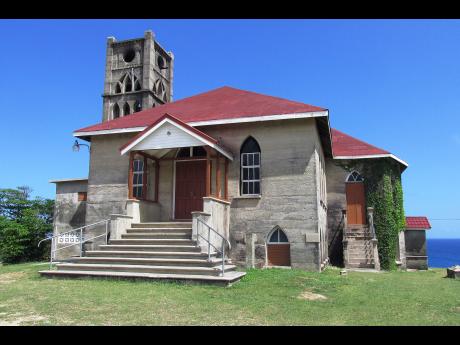 The agitation of some Quakers, especially that of philanthropist Joseph Sturge, helped to bring British slavery in the West Indies to an end in 1838, two years before it was officially scheduled to. Sturge's report, 'The West Indies in 1837', was a powerful indictment on the system of Apprentice in the West Indies. It was to become the beginning of the end.

One of the places Sturge toured to gather the content for his report was Jamaica. Here, after Emancipation, he helped to set up free villages, two of which were named after him. Only the one in St Ann, Sturge Town, still bears his name.

But long before Sturge entered the Emancipation fray, the Quakers, whose religious beliefs challenged those of the established church in England and Wales, were already in the West Indies.

Their movement, the Religious Society of Friends, said to have been founded by George Fox about the 1650s, sprouted about the same time when English sailors, led by Admiral Penn and General Venables, wrestled Jamaica from the Spaniards. The research said some Quakers might have reached Jamaica as early as three years after the British drove out the Spaniards in 1655.

Many were shipped to Jamaica as prisoners. They were convicted of religious dissension, and instead of being kept in jail, they were expatriated to work on plantations in the Caribbean. Others came to seek political and commercial fortunes, and as missionaries. Here in Jamaica, they were given the freedom to worship in their own way as long as they had paid their taxes and contributed to the cost of maintaining the military.

But, as was the situation in Britain, the Quakers and the colonial authorities were to have serious ideological clashes. The Quakers did not believe in violence and warfare, thus they did not bear arms. This was contrary to the policies of the authorities, which stipulated that all free and healthy men should join the militias in the island to protect it from internal and external threats and attacks.

"Refusing to swear any oaths, they were kept out of state jobs, which require them to swear the oaths of supremacy and allegiance to the British Crown. This led the English King Charles II, to order that in Jamaica, dissenters should not be forced to take the oaths," Lloyd A. Cooke writes in The Story of the Jamaican Missions.

One of the notable missionaries to visit Jamaica was John Taylor in the early 1660s. He held meetings in Port Royal, Spanish Town and other parts of the island. Many people were converted. When George Fox himself visited between 1671 and 1672, he was to be greeted by many converts. He, too, preached in Spanish Town and on the north coast. The movement grew steadily and an estimated 10,000 Quakers were in the island at the beginning of the 18th century.

But, even before the turn of the century, the Quaker population in Jamaica started to decline for many reasons. Most of those who left went to Pennsylvania in the United States. The region was a thriving Quaker Mecca, where they had become very influential. Some died in the Port Royal earthquake of 1692, others repatriated to Britain when slavery ended in the West Indies, and there were those who left the Society of Friends for one reason or the other.

The decline was steady, but from time to time, the Friends, as they called themselves, returned for humanitarian reasons, such as after Emancipation and the 1865 Morant Bay Uprising. A mission from Iowa came in 1881. In 1889, they built a school in Portland, now known as Happy Grove High School. Two orphanages and health facilities were also set up. They are long closed.

A 2009 media story said membership of the Society of Friends in Jamaica was at an all-time low of 500 across the 14 meeting places in Jamaica. The lacklustre style of worship was said to be the main reason for the constant decline.