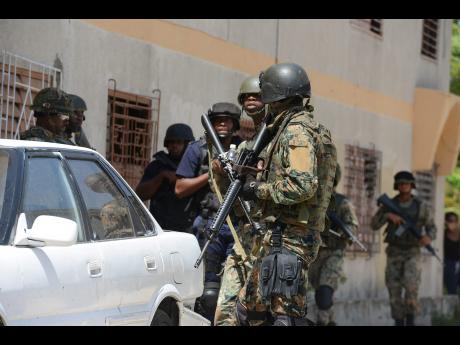 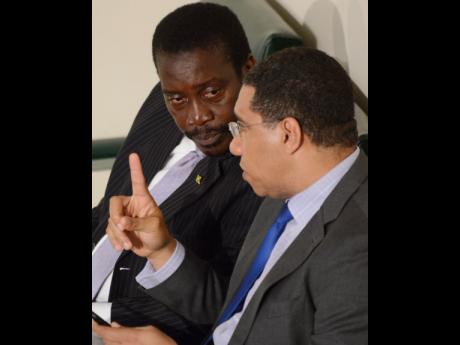 In the last instalment of this column, we took readers through the proposed Law Reform (Zones of Special Operations) (Special Security and Development Measures) Act (the act).

That column looked at the objectives of the act, the criteria that would go into designating a particular geographical area, as a "zone of special operations", the duration of an order declaring a particular area a zone, as well as the provisions relating to cordon and curfew and search and seizure, among others.

In today's column, as promised, we will review aspects of the proposed provisions relating to arrests and detention, the use of body cameras in the zones, and a new feature, the establishment of a Social Intervention Committee.

Section 16 of the act provides that the members of the Joint Force shall be able to arrest anyone while on operations in a zone, provided that the person in charge of the operations is satisfied that there is reasonable grounds for the arrest or detention of the person.

Section 16 (2) then goes on to set out the procedure for the arrest and detention of persons in the zone.

While Section 17 does provide that the spouse, partner (we wonder who would fit that label), family member, religious counsellor, registered medical practitioner and attorney-at-law of the person in custody shall be permitted to visit him/her, we think it is important for the act to also expressly state that the person in custody shall be permitted to "contact the before-mentioned persons" in the first instance, and maybe to go even further by putting the onus on the police to do the contacting of family members, etc, in certain extreme scenarios.

We think this tweak is necessary as all too often persons get lost in custody and families have no clue where they are for months, even years. Family can only visit someone in custody if they know that the person is in custody, and where.

This column, therefore, thinks it important, especially with the kind of wide-sweeping power to "round up and detain" granted by the act, that the ultimate onus of notifying next of kin/legal aid be put on the agents of the State.

While the act also provides for the use of body cameras by members of the Joint Force while conducting operations in a zone, a very useful provision, we may add, the usefulness of this provision is negated by the caveat that the cameras be used "as far as is possible having regard to available resources".

If this were social media, and not print, this is the stage at which one would have typed 'kmt'.

Section 23 of the act introduces a totally new feature that this column endorses as a step in the right direction. The section provides that within five days of declaring an area a zone, the prime minister must appoint a Social Intervention Committee.

The functions of the committee are set out in section 24 and are varied. In a nutshell, though, the committee is authorised to investigate the physical, health and social infrastructure in place in a zone and to recommend remedial measures to address shortcomings.

The act also provides that the Social Intervention Committee shall pay particular attention to "vulnerable persons, who live, work and attend school in the zone, especially children, the elderly and persons with disabilities".

There is very little to not love about this provision, it is a great provision that will no doubt prove attractive to the chattering classes. Nevertheless, there are some concerns about the adequacy of the provisions governing the Social Intervention Committee, such as:

1) There is no clear enforcement mechanism for the committee, having assessed the conditions, identified the threats, and developed a "sustainable plan", who or what body is seized with ensuring that the plan is implemented?

2) The structure of the committee is not representative enough, to begin with, while there are provisions for the relevant minister to sit on the committee and the member of parliament for the constituency, there is no provision for the caretaker/candidate to be represented. This could spell disaster in a zone where the MP does not have the support of the residents of that zone. All sides of the political divide should be represented on the committee;

3) The committee as currently envisaged lacks a coherent structure and this can be quite debilitating and hampering to the achievement of goals. To begin with, the First Schedule provides that the committee shall be comprised of at least 10 persons (so there is no ceiling on the number of persons, rather inefficient, we think); second, the mix of stakeholders on the committee is too random.

If you missed Part I of this article you can find it at: http://jamaica-gleaner.com/article/news/20170409/legal-scoop-cordons-cur....