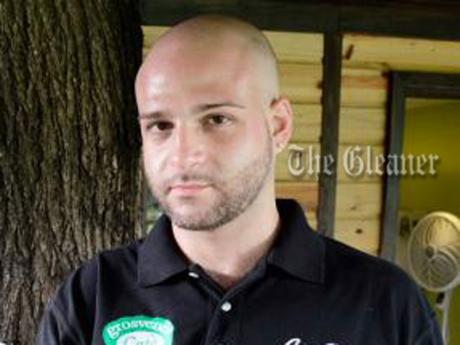 Zachary Reid ... has been charged with illegal possession of a firearm and ammunition as well as assault.

The St Andrew businessman captured on video last night pointing his licensed firearm at several motorists along West King’s House Road in St Andrew has been arrested and charged.

Zachary Reid, 29, has been charged with illegal possession of a firearm and ammunition as well as assault.

His attorney, Tom Tavares Finson said he is now trying to secure a court date at the earliest possible time.

Tavares Finson said, following the incident, Reid was taken to the University Hospital of the West Indies where he was treated, then jailed.

The police have not released any information on the incident.

However, a video circulating on social media shows Reid, said to be drunk, pointing his weapon cars as they drove along West King’s House Road.

The footage begins with him dancing before he ‘took aim’ at the first vehicle.

It’s understood that the police were later called and they managed to disarm Reid and immediately arrested him.