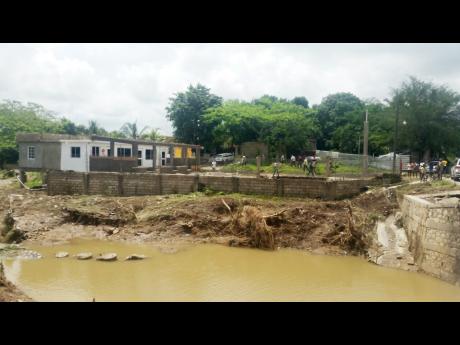 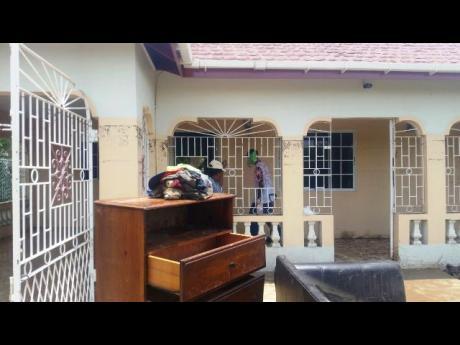 Residents of a house in May Pen, Clarendon attempt to salvage items of clothing and furniture after their homes was flooded during two days of heavy rains.
1
2

More relief supplies, such as mattress and food, are to be sent this morning to Clarendon communities still reeling from the weekend floods that have affected more than 5,000 residents.

Meanwhile, the issue is expected to dominate discussions at today’s regular Monday meeting of the Cabinet.

Most of the devastation in Clarendon took place in the southern section and the Office of Disaster Preparedness and Disaster Management was working overnight with the Clarendon Municipal Corporation to coordinate the distribution of supplies.

St Thomas and Portland were also affected by the heavy rains between Friday night and Sunday.

The ODPEM’s director general, Major Clive Davis, says the National Works Agency will have to study the nature of the rainfall that caused the flooding and how the drainage systems can be fixed.

In a statement yesterday, Prime Minister Andrew Holness said preliminary assessments indicated that the flooding was largely caused by Jamaica’s lack of capacity to deal with these extraordinary weather events.

He said it was clear that existing drains were not built to accommodate the large volume of water from the two days of rainfall.

At least a thousand homes in Clarendon were flooded, with some remaining under water.

Last evening, information minister Senator Ruel Reid, told The Gleaner/Power 106 News Centre that all the issues will be discussed at Cabinet today and he will provide any updates.