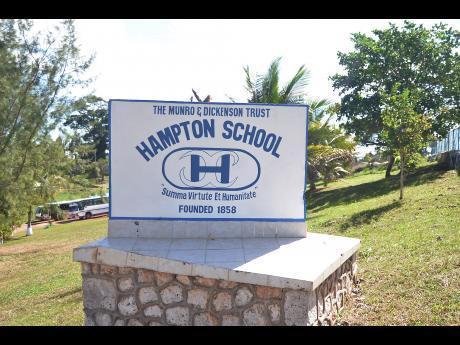 The search has started for a new headmistress for Hampton School in St Elizabeth, as Heather Murray, leaves the institution.

Murray's attorney, Andre Earle, told The Gleaner/Power 106 News Centre this morning that she will be going off on pre-retirement leave.

The Munro and Dickenson Trust, which governs the operations of the school located in Malvern, has invited applications for a headmistress via an advertisement placed in yesterday's Sunday Gleaner.

It says the ideal candidate should possess postgraduate qualification in educational leadership and a minimum of five years experience in a senior leadership role.

The candidate is also required to have received training from the National College of Educational Leadership.

Interested candidates for headmistress have until May 31 to submit applications.

The search for a new headmistress comes four months after Murray became embroiled in controversy after she attended the court hearing of a Moravian pastor on sex charges. IN PHOTO: In this January file photo, Principal of the Hampton School Heather Murray (right) smiles as Moravian minister Rupert Clarke (left) is led away from the St Elizabeth Parish Court.

The pastor was charged for allegedly having sex with an underaged girl.

The Hampton principal was subsequently sent on leave and the school board was requested to submit a report to Education Minister Ruel Reid on the conduct of the principal.

However, Murray defied the order to proceed on leave based on advice from her attorneys.

She was supported by the school board, which later had to apologise to Reid for not handling the matter properly.

The school board chairman, Trevor Blake, was later asked to step aside.

Murray's attorney says her departure on pre-retirement leave has nothing to do with the controversy.