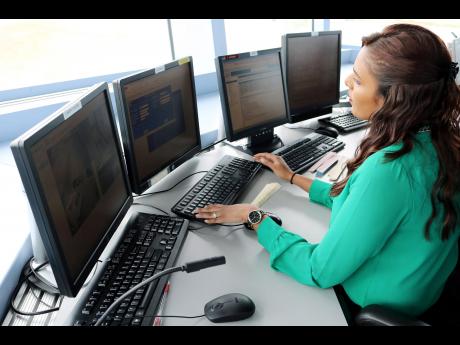 Christopher Serju
Air traffic controller Sherizah Gallow is a picture of concentration while carrying out her duties in the new air traffic control tower at the Norman Manley International Airport, even as a touring party including Prime Minister Andrew Holness was in attendance. 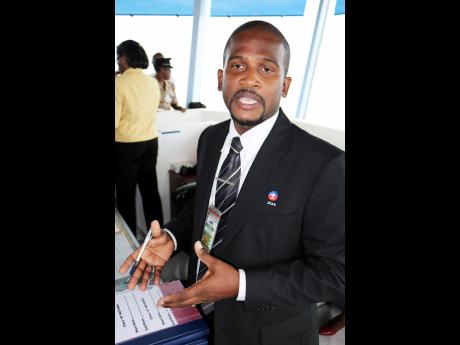 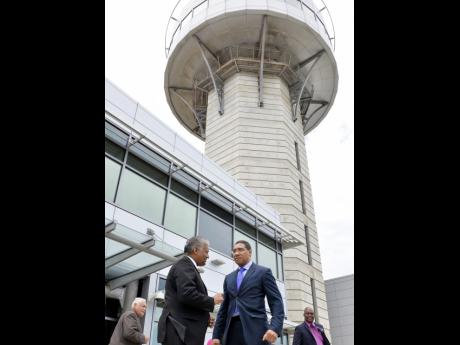 "The towers are just one part of it. The upgrades that we are doing to our radars and automation system is another part of it, and there is more to come over the next couple of years. But I think that the fact that we has been recognised by the International Civil Aviation Organization (ICAO) for our significant safety performance in 2016, I think that speaks a lot to the efforts that the entire Civil Aviation Authority team and our Aerotel team has been putting in," Nari Williams-Singh, director general of the Jamaica Civil Aviation Authority, told The Gleaner on Wednesday.

Williams-Singh, speaking about the fact that he had been officially notified only on Tuesday that Jamaica was among the 12 member states recognised by the global organisation to receive its Council President Certificate for 2016. He put the first time honour in context.

"Of the 192 countries which are signatory to the ICAO conventions, 12 are selected each year for this recognition and you have to meet very stringent performance criteria to be selected."

The director general made this disclosure during the tour of the new air traffic control tower by Prime Minister Andrew Holness and Transport Minister Mike Henry, both of whom missed the official opening last November.

At a height of 137 feet, eight inches the new tower stands more than 50 feet taller than the more-than-65-year-old facility it replaced, and the well-trained staff now has cutting-edge technology literally at their fingertips to carry out the communications, navigation and surveillance demands of their job.

"We have improved those three areas to make the delivery of air traffic service even better and we are trying to be not just at first-world standard, but be the example for everyone else to follow. That is our mandate and we want to ensure that the standard is maintained at the highest level, despite the traffic conditions," Richard Graham, supervisor for the control tower, told The Gleaner during a tour of the facility.

"Once you have good, functioning equipment, we will be able to do that without failure."

Noting that air travel is a complex industry, Nari Williams-Singh, director general of the Jamaica Civil Aviation Authority, has indicated that its seamless and safe operation at the local level is driven and sustained by the vigilant implementation and unfailing application of stringent yet dynamic standards.

However, Williams-Singh went on to underscore the value of ongoing investment in human resources as critical to achieving the two highest standards of the civil aviation industry - safety and efficiency.

"Success is also fuelled by continuous, technological innovation process such as this tower and all these efforts are championed through dedication and vigilance from the energetic team of the Jamaica Civil Aviation Authority and Aerotel. The success of Jamaica's air traffic services has been a combination of human heart, training and dedication with the brawn of the latest technology. It is this combination which Jamaica has continuously employed to maintain the safe, expeditious and orderly flow of traffic across Jamaica's airspace, in accordance with the standards and recommended practices of our global governing body, the International Civil Aviation Organization."