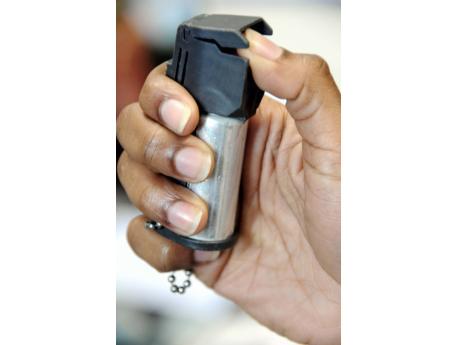 The police have arrested and charged an events promoter and a selector for breaching the Noise Abatement Act at Skyline Drive, Kingston 6, following a controversial confrontation at the upper St Andrew-based Dub Club on Sunday, during which several patrons were pepper sprayed.

It's reported that about 10:30 p.m.,  police on patrol received several calls of loud noise on Skyline Drive.

A team responded where a party was in progress and reportedly enquired of the promoter for the permit for the event.

The police say he was unable to produce the permit and was instructed to turn off the music.

The police also say and informed the promoter that he would be charged under the Noise Abatement Act.

According to the police that's when patrons became boisterous and prevented them from carrying out their functions.

The police say pepper spray was used to subdue the crowd and Lee and Mooyan were subsequently taken into custody and charged.

They are to appear in the Kingston and St Andrew Parish Court on Monday, May 15.

Meanwhile, the Culture Minister Olivia Grange has released a statement expressing concern and regret about the incident.

“I want to quickly express my concern and regret that an incident like this should have happened on a day when Carnival, a quite different cultural event, was taking place.  It is really unfortunate that something like this happened at the same time as Carnival, as it sends the wrong message that there are ‘two Jamaicans’.

Gabre Selassie is an icon who has dedicated and promoted roots Reggae music for all these years, so he deserves recognition for his consistent support of our indigenous Jamaican culture.  His work has grown out of a desire to promote our culture and he should be praised for that.  The support his event gets from Jamaicans who love roots culture, tourists who come to Dub Club each Sunday night, as well as those who follow it online each week, underscores how world famous our culture is.

The amendment legislation to the Noise Abatement Act is on the agenda. It is a matter that my Ministry and I, have been in consultation with the Ministry of National Security to see how we can quickly advance the necessary amendment to avoid instances like this.

I want to see a better relationship between the Police and our music communities.

In the meantime, we need to show respect for all sectors and for each other.”