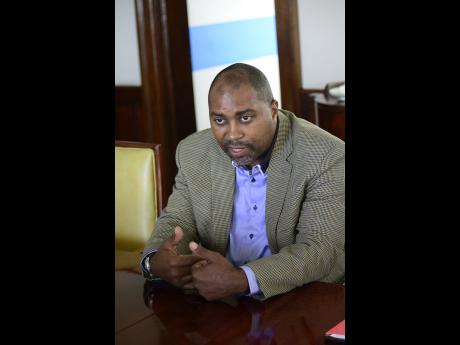 The People's National Party (PNP) is seeking to get from the Government a written commitment to the calling of an early by-election in the event there is a vacancy on the opposition benches in Parliament.

The request comes against the backdrop of PNP Member of Parliament Dr Omar Davies publicly declaring his intention to bow out of active politics, citing health reasons.

General secretary of the PNP, Julian Robinson, told The Gleaner that a letter with the request has been delivered to Prime Minister Andrew Holness.

"What we are seeking is a written assurance that in the event of either a resignation [or a retirement] from the Parliament, that there is no undue delay in the calling of a by-election," Robinson disclosed.

"We are trying to get a written commitment on what he has said verbally," the PNP general secretary added.

Davies has already ceded the chairmanship of the PNP bastion of South St Andrew to Senator Mark Golding. However, the prime minister has so far only guaranteed former Prime Minister Portia Simpson Miller an early by-election for her South West St Andrew constituency if she decides to resign as a member of parliament.

Simpson Miller earlier this month stepped aside as opposition leader, making way for the ascension of Dr Peter Phillips to the role.

"We are still designing the fixed election date legislation, which would automatically also address the timing of calling by-elections. We haven't finalised the conceptualisation. We're looking at what the British system has done. Outside of that, I have indicated to the Leader of the Opposition (Simpson Miller at the time) specifically, that I don't believe, in her case, that it would be appropriate not to call a by-election as soon as is practicable. That should be fairly immediate," Holness had said during a press briefing he hosted late last month.

There has been talk within political circles that some opposition MPs, who might want to leave Gordon House before the next general election is constitutionally due, are concerned that the prime minister might not call by-elections soon enough after their resignations, essentially giving the governing Jamaica Labour Party an increased majority in the House of Representatives.

Robinson said that three months is a reasonable time within which to call a by-election. "In local government, once a vacancy arises, either through death, resignation or retirement, there is a specified time the mayor has to call an election. I think a similar period should exist in central government. It could be within three months."