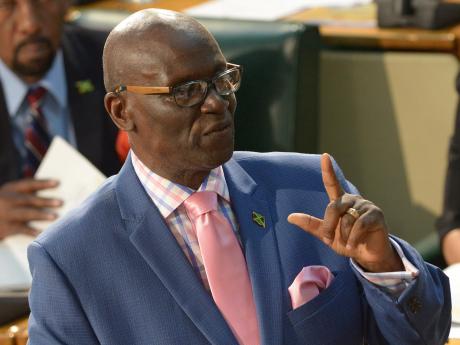 Minister of Local Government and Community Development Desmond McKenzie is to make a statement to Parliament this afternoon on the weekend’s heavy rains which caused flooding in several communities across Jamaica.

A release from his ministry says McKenzie will speak on the facts gathered so far surrounding the impact of the weather system.

He will also disclose the measures that are to be undertaken.

The Ministry is responsible for the Office of Disaster Preparedness and Emergency Management (ODPEM), which is Jamaica’s disaster management Agency.

On Sunday, Prime Minister Andrew Holness said the flooding across sections of Jamaica was attributable to the country's lack of capacity to deal with extraordinary weather events.

He said Jamaica's ability to deal with runoff, solid waste management and other environmental issues has not kept pace with development.

Meanwhile, Opposition Leader, Dr Peter Phillips, has questioned whether the money that was reportedly spent in Clarendon on drain cleaning between last December and January can be justified based on the damage he has seen.

On Sunday, during a tour of Clarendon, which was one of the worst-hit parishes, Dr Phillips said a lot of the damage is largely due to poor maintenance and lack of drain cleaning in most areas.