More compensation coming for victims of May 2010 West Kingston operation 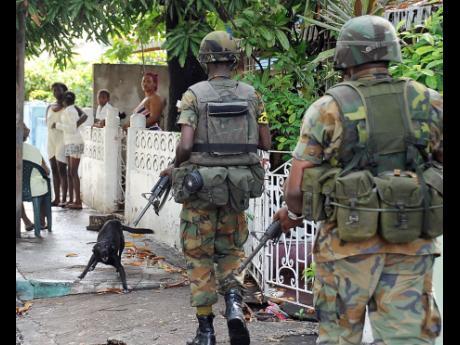 Some residents of West Kingston who received compensation arising from the deadly May 2010 security forces operation are to get more money from the Government.

Justice Minister Delroy Chuck says the move is based on a preliminary report submitted by the Justice Seymour Panton-led Compensation Committee.

The police and military went into the area to execute an arrest warrant on then fugitive drug kingpin Christopher 'Dudus' Coke.

More than 70 persons were killed and residents complained about extensive property damage.

Following the incident, the Government spent about $100 million on compensation and relief efforts to affected residents.

Chuck says the Committee indicated in its report that residents should get more because earlier awards from the Government were too small.

The justice minister points out that the preliminary report speaks to property damage and not the loss of life or injuries.

Chuck reveals that a number of applications were rejected because the compensation that was awarded immediately after the operation was considered enough.

He further says duplicated claims were also rejected as people from the same household submitted documents for the same damaged property.

Chuck says the preliminary report will be submitted to the Cabinet after which it will be tabled in Parliament.