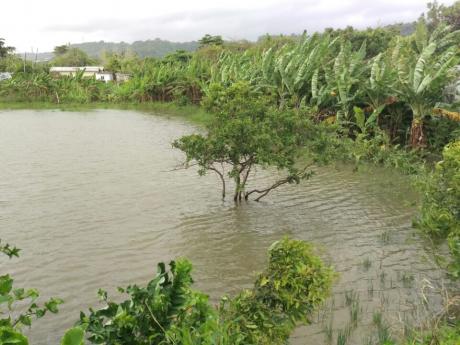 Preliminary estimates for the four days of torrential rainfall that impacted parochial roads in three communities in East Portland are reflecting damage amounting to $18 million.

The figure was disclosed this morning by Mayor of Port Antonio, Paul Thompson, who was earlier briefed by works overseer Nigel Smith of the Portland Municipal Corporation.

The Mayor says although there was no serious damage to houses and agriculture, the road network was severely impacted by the heavy rainfall, which caused multiple land slippages.

Mayor Thompson says the estimate figure could increase, as other areas, including sections of the Rio Grande and Buff Bay valley, have not yet been assessed.

He says sections of the Buff Bay valley, including the communities of Cascade, Bangaridge, and Section, were impacted by multiple landslides, resulting in those areas being able to only accommodate single lane traffic.

Thompson says the Portland Municipal Corporation will be conducting a preliminary assessment on damage in West Portland later this week.