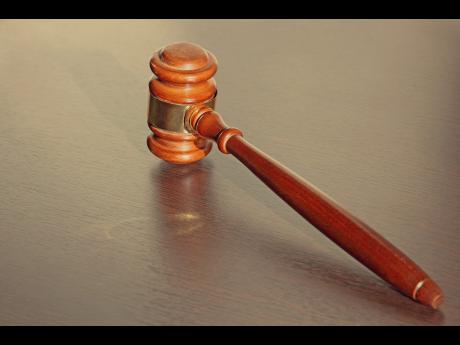 The Supreme Court has turned down an application by Gibson Trading and Automotive Limited to set aside a default judgment so that it could file a defence to the negligence suit brought by former employee Kimaley Prince, who was injured while at work on October 27, 2014.

The company did not file an acknowledgement of service to the claim form, which was served at the registered office of the instructed company in October 2015.

Ian Gibson, a director of the company, said in his affidavit in support of the application filed on January 28, 2016, that he was travelling on business and only became aware of the claim when he returned to office on December 28, 2015.

In response to the default judgment, which Prince obtained on October 22, 2015, Gibson said that he first became aware of it on January 11, 2016, and immediately contacted an attorney-at-law and gave instructions.

Gibson stated that he wanted to defend the claim as he had a good defence to the claim and would be seriously prejudiced if the relief sought was not granted.

However, when the matter came for hearing in the Supreme Court, attorney-at-law Richard O'Gilvie, instructed by the law firm Nigel Jones and Co, strongly opposed the application to set aside the default judgment that Prince had obtained.

O'Gilvie submitted before Supreme Court Judge Christine McDonald that Gibson's affidavit was not one of merit as it did not set out what was being relied on in the defence. He pointed out that Gibson had only attached a proposed defence, and Gibson could not speak from his personal knowledge of the incident of October 27, 2014, when Prince was injured.

In making further submissions, O'Gilvie cited authorities to show that the company's application could not be granted. O'Gilvie also referred to judgments from the Supreme Court and Court of Appeal. He also relied on the dicta in a civil case which was upheld by the Court of Appeal which stated, "It is well known that the primary test for setting aside a default judgment regularly obtained is that the defendant must have a real prospect of successfully defending the claim rather than a fanciful one."

Attorney-at-law Samoya Young, instructed by Clough, Long and Co, submitted on behalf of the defendant company that the requirement for an affidavit of merit may be waived so as not to prevent the court from revoking its coercive powers. Young, however, conceded that it would only occur in rare cases. Young said that the company had shown a clear and genuine desire to contest the claim and stressed that a draft defence provided the material upon which a defence could be founded.

She urged the court to accept Gibson's draft defence and affidavit. She said further that the defendant had a real prospect of defending the claim and submitted also that justice would not be done if a default judgment was allowed to stand on a mere technicality.

The judge said that the defendant had failed to produce to the court evidence on affidavit that there is a prima facie defence and, in particular, had failed to set out the alleged defence on the merits. The judge found also that there was no supporting material on which a defence could be founded, and as such, neither the overriding objective nor the defendant's seemingly genuine desire to defend the claim was sufficient.

McDonald ruled that the application for interlocutory judgment in default of acknowledgment of service of claim form was refused.

The defendant's application for Prince's claim to be struck out was also refused, and the defendant has been ordered to pay the claimant's legal costs in respect of the application.

Prince, an air-conditioning technician, contends in his claim that the accident took place while he was assisting to unload the defendant's bus and a platform slid and crushed his hand.

In addition to damages for negligence and or breach of statutory and contractual duty, Prince is claiming $350,000 for the 10 months when he was unable to work.