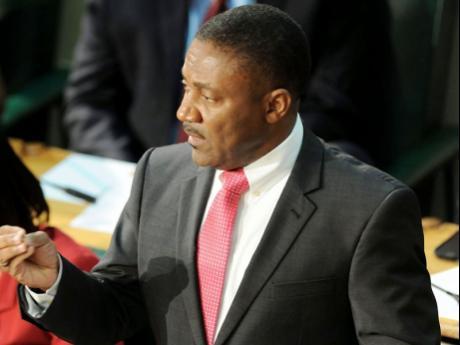 The leader of Opposition Business in the Senate, Phillip Paulwell, says Integrity Commission Act should be amended to require the mandatory release to the public the annual returns of the Leaders of Government and Opposition Business.

Paulwell made the recommendation with contributing to the Sectoral Debate in the House of Representatives yesterday.

He argued that these are positions of significant leadership within the Parliament and the public has a right to be aware of their finances.

In a recent presentation to the Parliament, Prime Minister Andrew Holness announced that the Act would be amended to require the public disclosure of the annual integrity filings of the Prime Minister, the Leader of the Opposition, the Minister of Finance, and the Opposition Spokesperson on Finance.

Paulwell says the opposition supports that move and wants the law to go further.

Paulwell said in an act of good faith and in anticipation of the amendment to the law, he will be making his annual integrity returns public within the coming weeks.

He said he has already written to the Chairman of the Integrity Commission about making the information public.

Leader of Opposition Business in the House of Representative, Phillip Paulwell