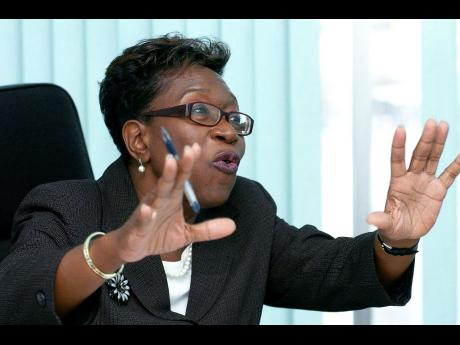 Director of Public Prosecutions (DPP) Paula Llewellyn has suggested her office is not being given enough credit for the critical role it plays in law enforcement.

Speaking at a conference in Montego Bay, yesterday, Llewellyn, said persons in society are often quick to criticise the Office of the Director of Public Prosecution’s handling of cases.

However, she says when the office effectively carries out its functions it is often overlooked.

Llewellyn, points to yesterday’s extradition of eight lottery scammers as one such incidence of her office being given no credit.

The five men and three women, including police constable Jason Jahalal, are wanted in the state of North Dakota on a 66-count indictment.

Prosecutors in North Dakota charge that they were part of a criminal organisation, led by another Jamaican, Lavrick Willocks, that used a lottery scam scheme to fleece nearly 80 elderly victims out of US$5.6 million.