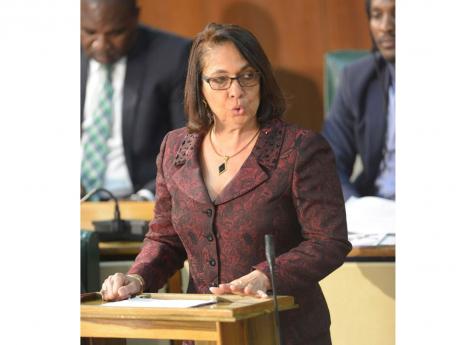 The National Insurance Fund (NIF) is to lend more money to the small- and medium-sized business sector this year.

Minister of Labour and Social Security, Shahine Robinson, says the allocation will be doubled to $3 billion due to the impressive returns that the NIF has been able to secure from previous allocations to the sector.

Robinson, who was contributing to the Sectoral Debate in Parliament yesterday, said the decision was made to increase the loan allocation to the SME sector because of its potential for boosting income generation and economic growth.

Meanwhile, the Labour and Social Security Minister says the viability of the National Insurance Scheme (NIS) is a cause for concern.

Robinson revealed that the NIS paid out $15 billion in benefits last year.

However, she says collections were $14 billion.

In a bid to safeguard the viability of the NIS, she says the government will be undertaking a reform of the scheme.

She says two actuarial studies will be carried out as part of the reform.

Robinson says the government will be evaluating the governance structure, investment policies and asset allocation of the National Insurance Fund.