Dozens of prisoners in four countries freed for Holy Week 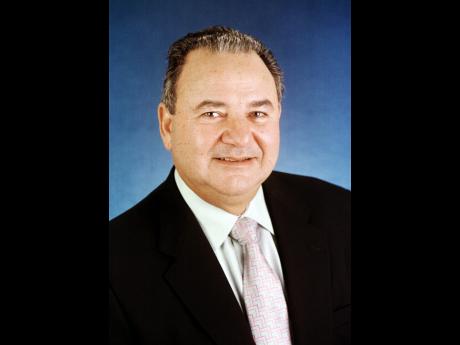 Robin Mahfood, president and CEO of Food for the Poor

It is tempting to judge a person who has been arrested and sent to prison. But the punishment doesn't always fit the crime, especially in the Caribbean and Latin American prisons, where overcrowding is a major problem.

Food For The Poor's (FFP) Prison Ministry Programme, which started in 1998, has helped to free, train and reintroduce non-violent prisoners into their communities as productive citizens during the Christmas and Easter season.

During the recent Holy Week, 152 inmates in four countries were given a second chance.

Each newly released person was greeted by FFP staff. They were all given words of encouragement, a hot meal.

One of the inmates released from the St Catherine Adult Correctional Centre was a taxi operator from St James. He was arrested in early March for failure to pay outstanding traffic tickets. He explained that being in prison was difficult because he had a wife and two young children who depended on him for everything.

"I pleaded for more time to come up with the funds to pay for the tickets, but that was denied, so I was arrested. I did not get a chance to say goodbye to my spouse and our children. I think that was the most difficult part about being in prison - not knowing how my family would survive. Many nights I went without sleep because I kept thinking about their welfare," said the newly released man.

"I am feeling good and overwhelmed at this moment. My children will be so happy to see me, and I am looking forward to seeing them. Thanks to FFP for making this possible for me and the other inmates. This was my first time in prison, and it certainly will be the last."

Four men in Guyana were freed, two from the Georgetown Prison, one from the Amsterdam Prison and one from Timehri Prison. The men expressed deep gratitude to the FFP Guyana staff for its compassion.

Each person was given a copy of the Holy Bible, a change of clothes, personal-care items, food, and a monetary gift for transportation home.

"Life in prison is not easy, nor is it supposed to be, but in the countries where Food For The Poor serves, the prisons can be dangerous and sometimes a deadly environment for inmates and the people working within these crowded facilities. This is why the training and reintroduction of non-violent prisoners into the community as productive citizens is so vitally important," said Robin Mahfood, chief executive officer and president of FFP.

"This organisation will never advocate criminal behaviour, but it's a terrible thing for someone to spend years in prison for a petty crime simply because they do not have the money to pay their jail fines," Mahfood added.