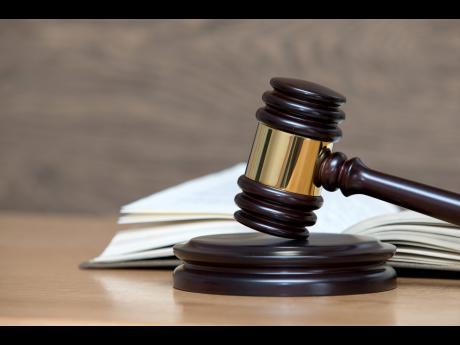 A bus conductor who allegedly assaulted a policeman in Spanish Town, St Catherine, has been granted $200,000 bail.

It is being alleged that on April 11, the policeman was on duty along Young Street in Spanish Town when a White Toyota Coaster bus was stopped and the driver subsequently ticketed for breaching the Road Traffic Act.

The policeman reportedly noticed that Henry was not wearing a conductor's badge and attempted to prosecute him.

Henry reportedly got boisterous and refused to exit the bus.

The policeman reportedly boarded the bus and was allegedly attacked by an irate Henry who kicked and punched him repeatedly and threw him from the vehicle.

The court was also told that Henry again hit the policeman in the stomach and tried to disarm him.

It was further alleged that Henry bit the policeman on one of his fingers fracturing it.

The cop was rescued by his colleagues and Henry was accosted.

The policeman was then taken to hospital and Henry subsequently charged.